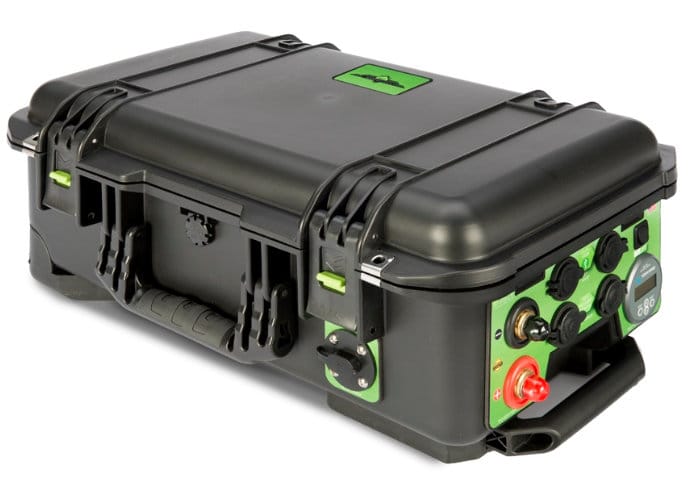 If you are searching for a serious mobile power solution, then the new Voyager 120 Portable Power Station might be worth more investigation. The rugged design has been specifically created for emergency management, disaster relief, search and rescue, fire, law enforcement to power emergency equipment off-grid. But can just as easily be used for recreational off-grid power needs and includes the companies 120Ah Viper Lithium Iron Phosphate Power Cell rechargeable battery.

The Voyager 120 portable power pack has this week launched via Kickstarter with the aim of raising $85,000 to make the jump into production. Equipped with a variety of connections the power pack can be recharged in as little as four hours using the included Viper 20A rapid charger or recharged on site using a portable solar panel. Watch the demonstration video below to learn more about the rugged portable power pack, which allows you to connect 1000 watt inverter if required to run more power hungry electrical devices if needed.

As well as powering larger electrical equipment the Voyager will also recharge smaller items such as smartphones, tablets, drones, two-way radios, and cameras. The Voyager 120 portable battery pack is now available to back via Kickstarter with pledges from $200 for the smaller Venture Pro Battery Bank. For more information, full specifications and the full list of all available pledges and power solutions jump over to the official Kickstarter campaign page by following the link below.