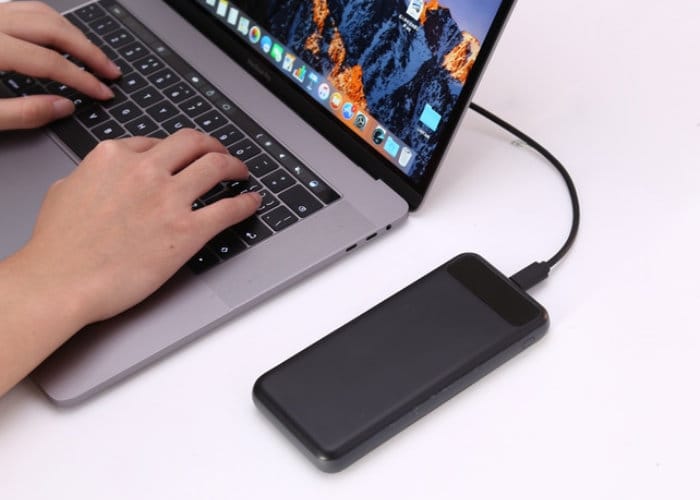 Apollo, the world’s first portable power pack using graphene composite battery and USB C PD technology. It supports up to charge at 60W, which means the battery with capacity of 6000mAh can be fully charged in 20 minutes or so if using the USB-C 60W Adapter. Apollo supports the Power Delivery 3 protocol. You needn’t bring a separate adapter with you, because it is compatible with USB C power adapters of Nintendo Switch, Apple MacBook, Lenovo laptop ,Dell laptop or HP laptop.

Besides, Apollo supports 40W USB C PD output, which means it supports the Fast Charging of the latest iPhone 8 or iPhone X, or in an emergency, it supports emergency charge to your Apple Macboook . Apollo realizes application of graphene composite cell to mobile power pack for the first time in the world (Graphene composite Provided by CellsX) . On the basis of the same capacity and the same charging current, the cell with graphene composite material has much smaller internal resistance and better conductivity. Therefore, the temperature rise is lower during super fast charging, so it is safer, and cell swelling and burning will never happen.

For more information and to make a pledge to be one of the first to own the graphene-based fast charging USB-C battery pack jump over to the Apollo Kickstarter crowdfunding campaign page by following the link below.