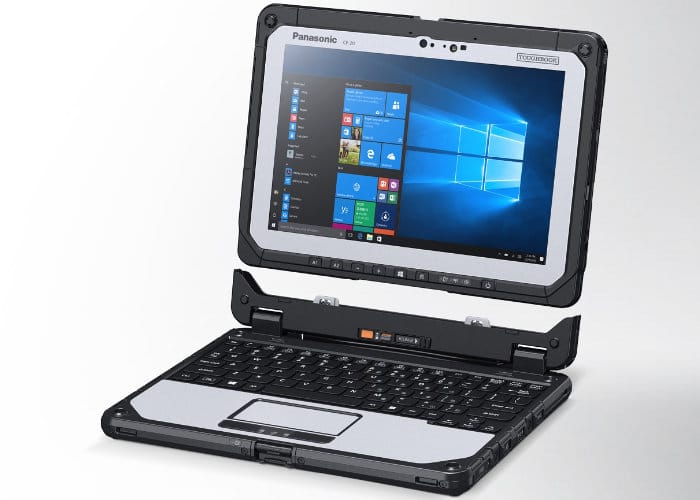 Panasonic has introduced a new update to its rugged detachable notebook range, with the launch of the new Panasonic Toughbook CF-20 2018 hybrid laptop, building on the original design first launched back in 2015. The 2018 edition rugged notebook features a detachable tablet offering users the best of both, now with increased performance and lower power consumption, when compared to previous portable Toughbook systems.

Panasonic has equipped the latest Toughbook CF-20 2018 with an dual battery system that is capable of powering the system for up to 17 hours on a single charge when combined. A second battery is included in the keyboard as standard, and the tablet on its own can run for up to 8.5 hours from its internal battery. The laptops display takes the form of a 10.1″ a 10-finger capacitive multi-touch WUXGA screen, offering users a resolution of 1920 x 1200 pixels. 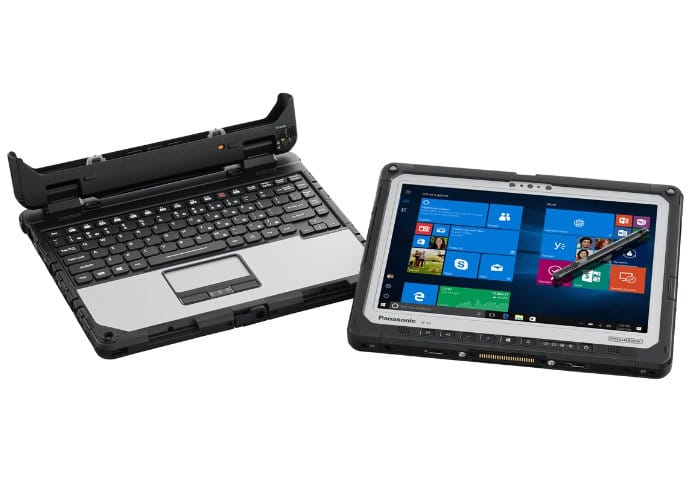 The Panasonic Toughbook CF-20 offers six different operating modes, allowing it to be used as a regular laptop, or folding back the screen on itself to use the device in its convertible mode as a tablet, or detaching the tablet completely. Panasonic has also included a built-in handle that can be used to hang the device on a wall or to steady the laptop while walking. The hybrid laptop is also equipped with a docking system that allows the laptop to be docked in a vehicle for use when on the move if required. The Panasonic Toughbook CF-20 notebook will be available to purchase during March 2018 priced at £2,218 plus VAT.