Voyager 1, a NASA space probe that was sent out into space in 1977 along with its twin called Voyager 2, officially made its way out of the solar system earlier this week. It’s the first human-made object to leave the solar system. According to NASA, it’s more than 18.8 billion kilometers (that’s 11.7 billion miles) away from Earth.

After crunching the data, NASA believes it probably actually left the system on August 25th, 2012, but this week they officially made the claim after finding hard evidence to support the notion. 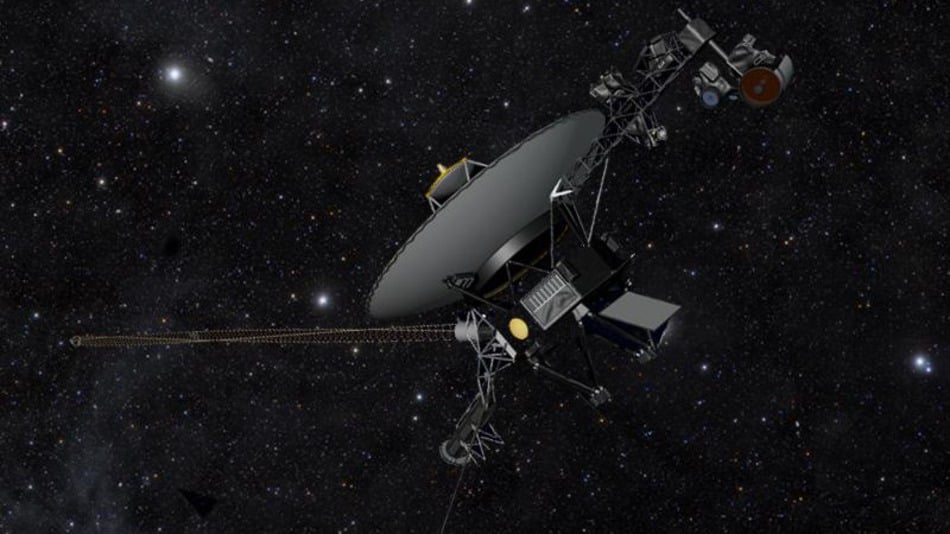 It may not seem like much, but this is a monumental step for humankind. The simple fact that we built a device we could monitor billions of miles away from the Earth in the 70s is a feat in its own right. It may take a century or millennia, but I’m willing to bet one day a human will cross that boundary too. Although a chimp will probably be sent first.

If scientific estimates are to be believed, we’ll need to cross that threshold sooner rather than later. All those planetary equivalents to Earth we hear about are in entirely different solar systems. Hopefully we can maintain this planet long enough to jump ship.