For most people, just firing up and playing Minecraft is an exercise in creativity and productivity. If however rolling your own version of Minecraft or other types of 3D experiences that run in the browser is more your speed, a new open source project called Voxel.js should have you covered. 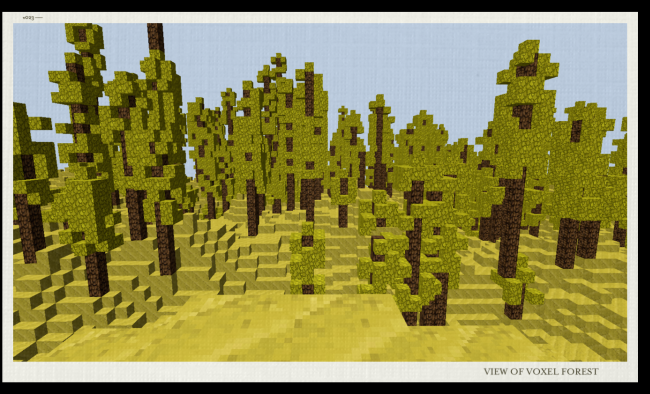 As the name suggests, using JavaScript anyone should at least in theory be able to extend the engine’s utility to a variety of purposes, though the project was very much started with Minecraft in mind. Voxel.js was apparently brought about by the developer’s surprise at  Minecraft’s lack of an API and closed code base. The developer welcomes contributions to the project and is even hoping to have it running in an iOS browser before long.