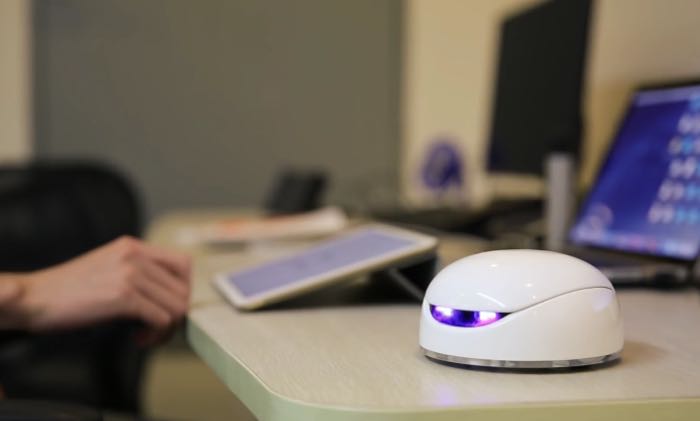 Vortex is a new robot toy from DFRobot that is designed for kids to program, the robot comes with an app that allows kids to platy different games and also learn about robotics.

The Vortex robot works with Android and iOS devices and the developers of the device star trying to raise £35,000 on Kickstarter to put it into production, have a look at the video below.

Take Vortex out of the box, pair it to smartphones (iOS & Android) via Bluetooth, and it is ready to run. The inbuilt computer and sensors keeps Vortex moving around, letting you maneuver it by simply tapping the screen, and interacting with various commands and game objects. Vortex features four pre-installed games: Bumping Fight; Virtual Golf, Driving, and Robot Soccer, all designed to be fun and intuitive to play. You can play against other people or the AI.

You can find out more details about the Vortex Robot over at Kickstarter at the link below, the early bird of the device starts at £79.