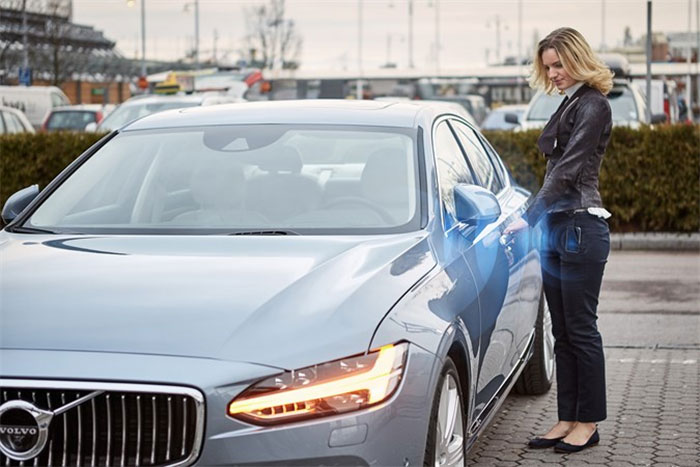 Volvo has announced an interesting plan that will get rid of something we are all used to getting when we buy a car- the keys. Volvo will do away with the physical key for its cars starting in 2017. Rather than having a real key, Volvo owners will use an app on their smartphone. Using an app rather than real keys allows for some interesting sharing options.

If you need to give the keys to a friend who wants to borrow your car, all you do is have them download the app and share the keys digitally. You don’t need to be in the same place to do this. The downside is if you lose your smartphone, you have also lost your keys. Volvo says that the app key system will also enable a new way to rent cars at airports and other locations.

The keys will simply be sent to your smartphone with no need for you to stand in line to get the keys so you can head to your destination. The virtual keys will allow drivers to lock and unlock doors open the trunk, and start the car. The keyless system will be trialed this spring via car sharing firm Sunfleet at the Gothenburg airport in Sweden. A limited number of Volvo cars will use the system starting in 2017.