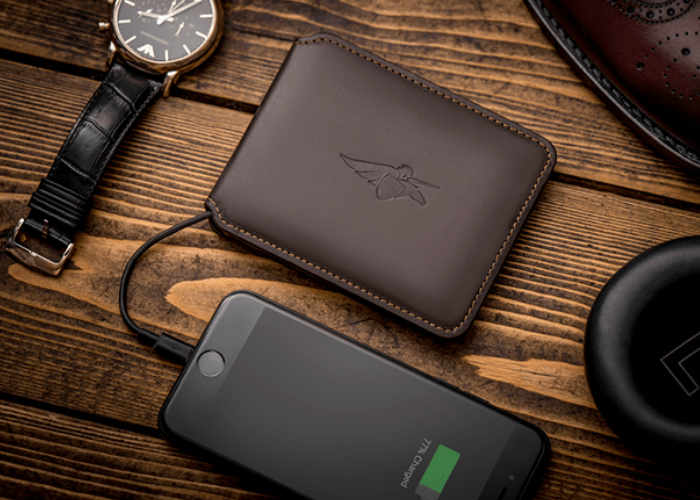 If you are searching for a truly multifunctional wallet then the Volterman is definitely worth further investigation and has already raised nearly $1.5 million on Indiegogo. The Volterman power bank wallet not only offers the option to include a battery from 2000 to 5000mAh but also includes thief detection, reminder alarms if you forget your smartphone or leave your wallet as well as a handy wireless hotspot to help you connect when your data is low at an affordable price anywhere in the world. Watch the demonstration video below to learn more about Volterman.

A revolutionary wallet made by award winning designers and engineers. Volterman has a built-in Powerbank, Distance Alarm System, Worldwide GPS Tracking, Thief Detection Camera and Global WiFi hotspot. Built-in Powerbank fully charges your smartphone on the go. Works both wirelessly and with a cable. Extremely lightweight and thin. Volterman is the World’s most powerful smart wallet with 5 smart functions:

With all the tech inside, Volterman is slim and lightweight made from premium quality materials.

Jump over to the official Indiegogo crowdfunding campaign page where the power bank wallet is available to back with pledges starting from $149 for earlybird backers offering a considerable 37 percent saving off the proposed retail price of $238.