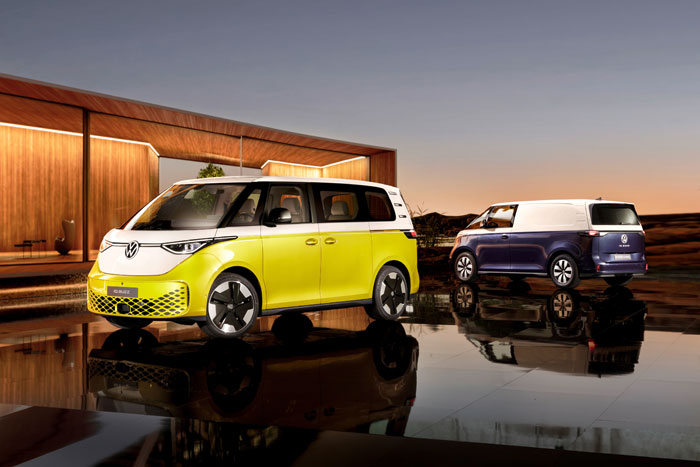 Over the decades, since Volkswagen began producing automobiles, the company has made some iconic models. Two models that typically jump to mind when you think about classic Volkswagen cars are the Beetle and iconic microbus. VW has officially revealed its modern microbus as an electric vehicle called the ID. Buzz.

In Europe, the vehicle will be offered as the ID. Buzz meant to carry passengers and as a commercial vehicle called the ID. Buzz Cargo. The small electric van for carrying passengers can hold five adults and carry 1121 liters of luggage. The cargo version has room behind the front seats for two euro pallets.

The vehicle has some interesting software integrated, including a Travel Assist with swarm data and automated parking capability. The EV also has bidirectional charging allowing the vehicle to be charged from an outlet at home and to return power to the home if needed. The vehicles launch in Europe in the fall, with orders able to be placed starting in May in some countries. It will launch with a 77 kWh battery pack and a 150 kW electric motor driving the rear axles. The ID. Buzz will be offered in the US and Canada.