Vivitek has this month announced the launch of a new world record breaking short-throw projector in the form of the Vivitek D7180HD, which has the world record shortest throw-ratio of 0.19:1.

The Vivitek D7180HD provides a native 1080p resolution with a bright 3400 ANSI Lumens and is capable of delivering  a large 86 to 97 inch image from zero distance, allowing it to be used in even the smallest rooms. 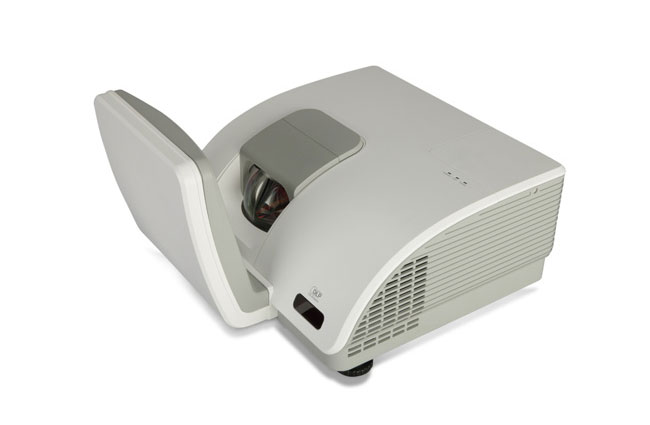 The Vivitek D7180HD short-throw projector is equipped with 3400 ANSI lumens and a contrast ratio of 2500:1 and is fitted with a 6 segment wheel for exceptional colour reproduction, says Vivitek.

“A stylish projector with powerful 10W built-in speaker and an assortment of connectivity options, including HDMI v1.3 for perfect digital image transmission and RJ-45 for network connectivity, the D7180HD is the ultimate short-throw projector for perfect presentations.”

The Vivitek D7180HD short-throw projector weighs 9kg allowing it to be ceiling mounted if required, and will start shipping later this year, but as yet no information on pricing has been released.