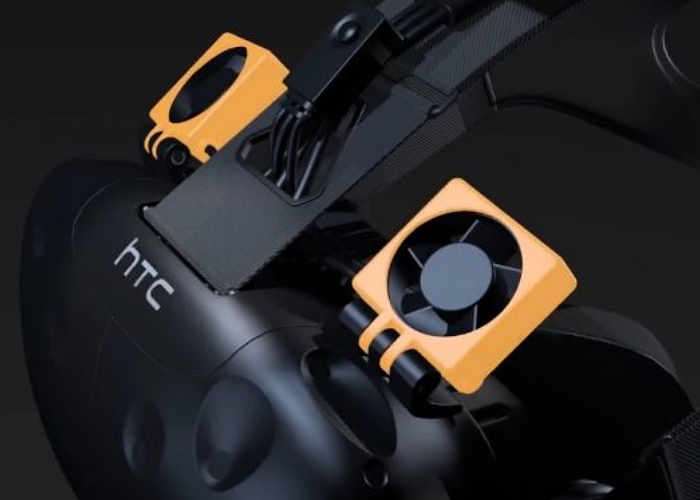 Virtual reality gaming is a great way to lose yourself in the immersion of digital entertainment, although wearing a fairly heavy headset and battling robots can cause your core temperature to increase and inevitably your head to start sweating.

One development team is hoping to reduce this annoyance and keep you as cool as possible, allowing you to enjoy your virtual reality immersion without getting too hot. Watch the promotional video below to learn more about Vive N Chill which will be launching via Kickstarter very soon.

Tony Tran, co-designer of ViveNchill explains more about the inspiration and design of the virtual reality cooling fan system.

We experimented with countless fan types and build iteration after iteration of prototypes that focus on piping air into the headset. It didn’t take long to realise that most user experience problems with dry eyes, high noise levels and low air flow. In the end, we discovered that dissipating the heat generated across the forehead provided a much more substantial benefit than forcing air into the headset itself.

As soon as the Kickstarter campaign launches for Vive N Chill we will keep you updated as always. ViveNchill is expected to be priced at around $30.