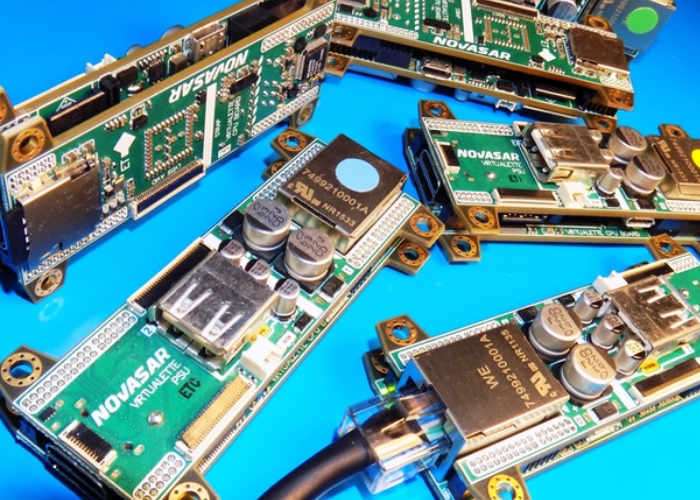 The tiny double stack mini PC supports both Android and Linux operating systems and is fitted with a Allwinner A20 processor together with 8 GB of on-board NAND flash, together with a real-time clock and multiple I/O interfaces.

Watch the demonstration video below to learn more about the small yet powerful Internet of Things mini PC which is taken to Kickstarter to raise the required funds the team needs to take the hardware into production.

• As an individual desktop device or controller for a drone or robot.
• As a liquid-cooled computer inside a 40mm PVC pipe.
• As M2M nodes in a distributed intelligent security system.
• Deployed as a peer-to-peer, machine-to-machine network in applications such as display information systems in airports or train stations.

For more information on the new Virtualette V1 IoT mini PC jump over to the Kickstarter website to make a pledge and for full specifications via the link below.