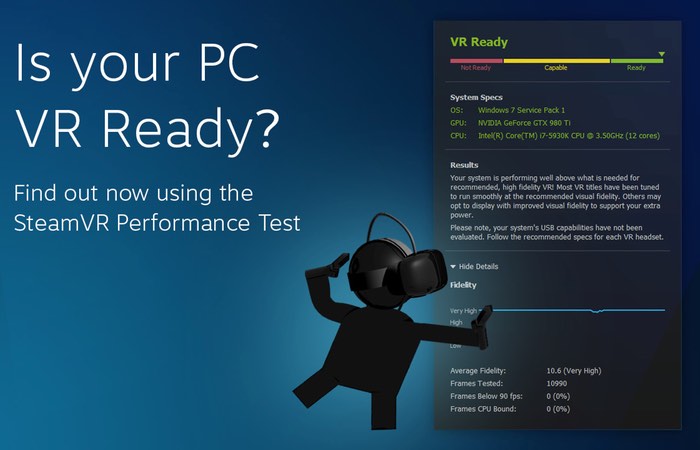 You have been wondering whether your PC rig is up to the task of running the new virtual reality headset that has now been launched by Valve and HTC in the form of the HTC Vive for $799 this week.

You will be pleased to know that Valve has released a new SteamVR virtual reality PC check application that will carry out a full survey of your PC system and report whether it is ready for the are or not for VR content. 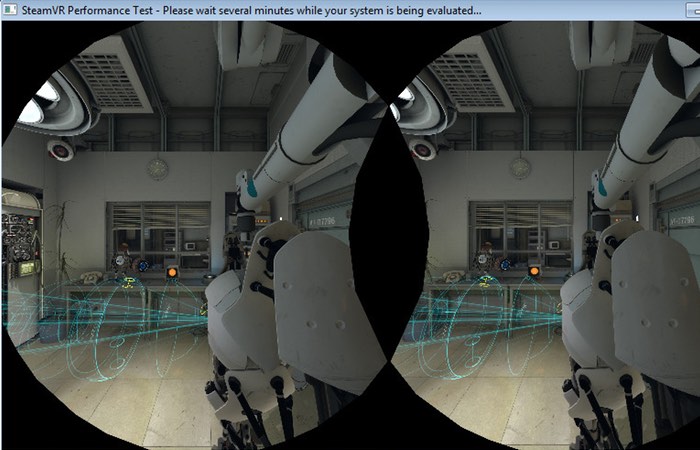 Valve’s SteamVR Performance Test analyses your PC’s rendering power using a 2 minute sequence from Valves Aperture Robot Repair VR demonstration. After which the data is then analysed further and the app calculates whether your PC is capable of running VR content at 90fps and whether VR content can tune the visual fidelity up to the recommended level. Valve explains more:

For machines that are not VR Ready the tool can help determine whether capabilities are bound by Graphics Card, CPU, or both. System requirements to be able to run the test include :

Check out the video below to see the check-in process or jump over to the official Steam website to download the test and check your PC for virtual reality performance and support.