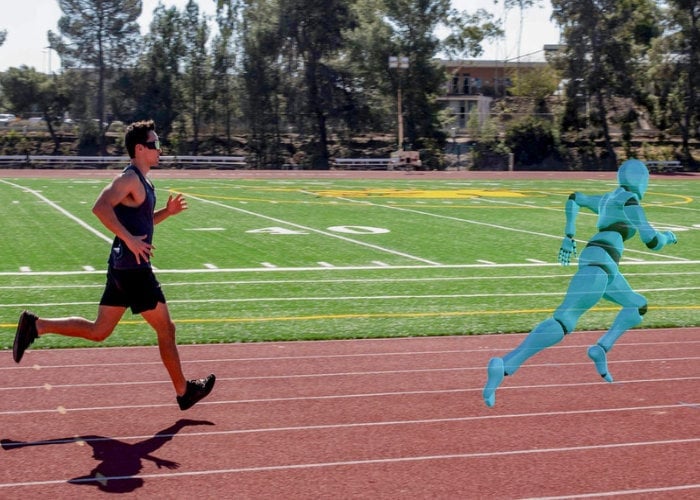 Runners and fitness enthusiasts may be interested in a new system called Ghost Pacer, consisting of a smartphone application and glasses, that is capable of creating a holographic pace runner, to help you push your training to new levels. Watch the demonstration video below to learn more about the personal holographic workout partner which is launched via Kickstarter this week and already blasted past its required pledge goal thanks to over 500 backers with still 25 days remaining.

Early bird pledges are available from $199 offering a considerable $150 or 43% saving off the recommended retail price. If all goes to plan worldwide shipping is expected to take place during July 2021. 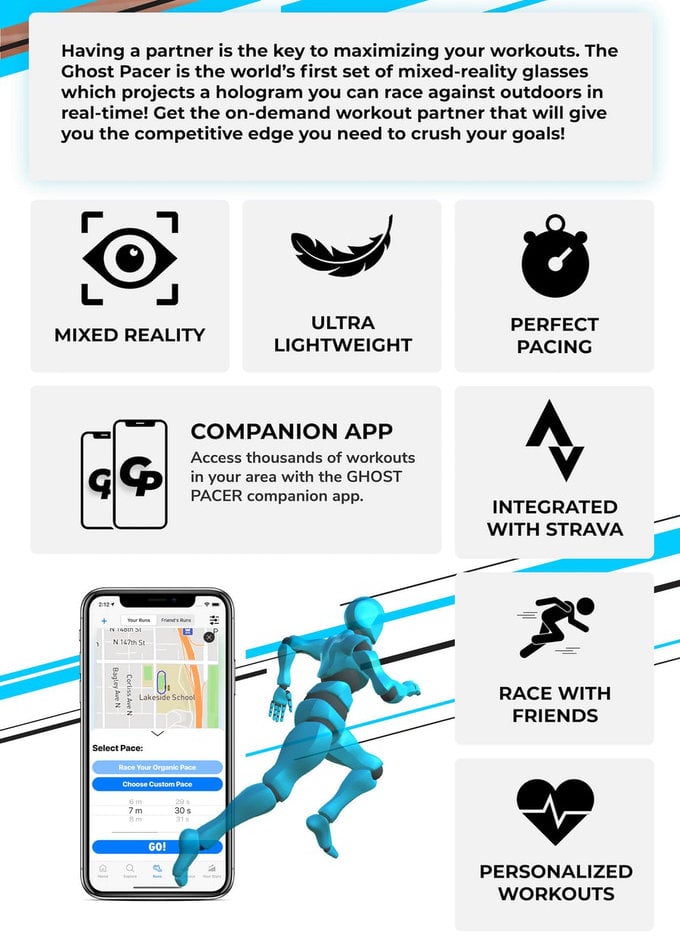 “The next generation of running workouts has arrived: The Ghost Pacer is a set of augmented reality glasses built FOR runners BY runners which allows you to set the path and speed of a holographic avatar and race against it outdoors in real-time. We know how frustrating it can be to pour hours into our workouts and not see improvement. Running with a partner unlocks each workout’s full potential. The problem is, coordinating runs with other people can be nearly impossible.”

“With the Ghost Pacer, you can set the avatar to run at a target pace or you can pull up an old workout from the app and run against your own previous pace. The Ghost Pacer will always tell you, as you are running, whether you are sticking to your goal pace. If not, the avatar will guide you in shifting your performance to get back on track. By helping keep you on pace, the Ghost Pacer will maximize the value of each run and workout. With the avatar by your side, it will be that much easier to chase down your goals, one step at a time.”

“The Ghost Pacer gives you a partner that you can race with anywhere and at any time, helping you push past your limits and perform at your best! Designing a useful mixed reality experience and fitting it into a streamlined pair of glasses was not easy. Years went into developing and compressing what started as five pounds of hardware and optics into a sleek pair of glasses that wouldn’t weigh runners down. But today, after thousands of hours of work, the results speak for themselves: The Ghost Pacer remains the only headset in the world with its mixed reality capabilities that is still light enough to wear while running.”