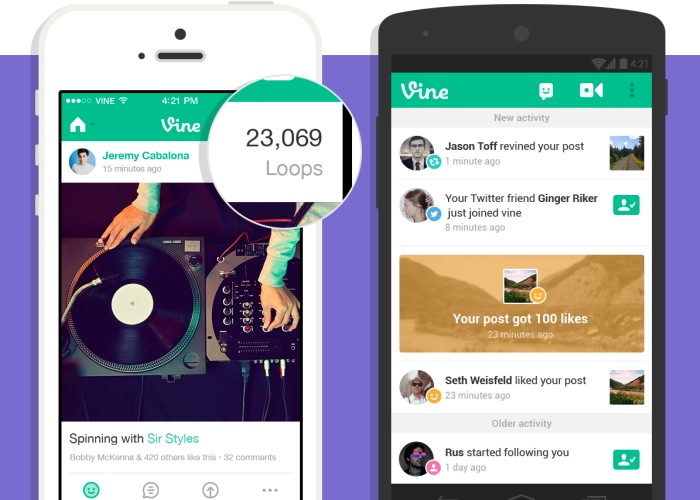 Vine the popular 6 second animated looping video social network, has this week announced the introduction of a new feature in the form of the Vine loop count, that now enables users to compare the popularity of their Vine animations.

The new Vine loop count feature has been rolled out in an update this week and is now integrated within the web versions both embedded and via Vine.co. Allowing everyone to see just how popular your Vine animation are on any mobile or web platform.

As you might have already guessed the Vine loop counts have been created to indicate how many times people have looped a video, enabling users to get a sense of how popular and interesting a Vine clip is. With instant bragging rights if you have a very popular Vine animation. Vine explains :

“The number, which you can see in our mobile apps and on vine.co, updates in real time, so as you watch a video, you’ll know you’re watching with others at the same time.”

Vine has also rolled out a number of other tweaks in the latest update and now the Vine feeds in your Android and iPhone apps will feature a new design. Providing larger edge-to-edge videos and a cleaner presentation of Vine likes and comments. For more information on the new Vine loop counts jump over to the Vine Blog website for details.