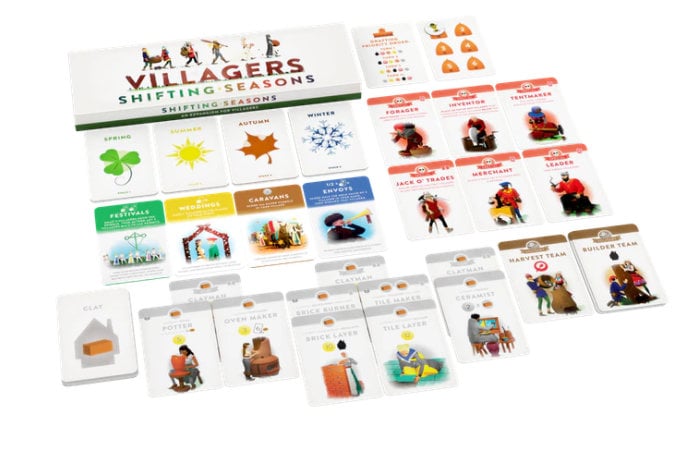 Building on the success of the first Villagers card game launched back in 2018, Dave Clarke and the team at Sinister Fish Games have returned to Kickstarter to launch the new expansion, Villagers Shifting Seasons. Shifting Seasons is an expansion that adds more of what you already like about Villagers together with a few new surprises say the team. 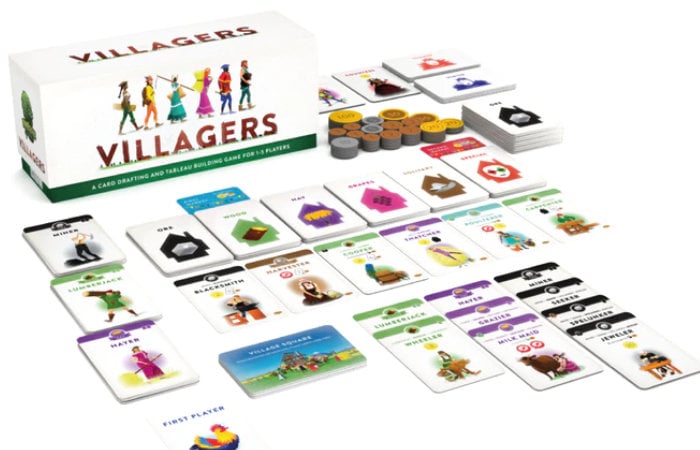 The Villagers Shifting Seasons card game expansions offers more scoring opportunities, and increases game length by roughly one round providing with more time to build your perfect village. “Additional rules are kept to a minimum, with everything easily integrating with the base game and previous expansion.” If you have not already played the original Villagers card game is available to play free online on several platforms: Tabletop Simulator (solo mode, 2-player, and 3-4 players), Tabletopia, and the brand new Yucata version with full rules enforcement, asynchronous play, and the 2018 Kickstarter Expansion Pack.

“The game itself is a bright & breezy affair where players draft from a changing pool of beautifully illustrated villager cards with the aim of building the most prosperous village by the end of the game. With its lovable cast of characters, many paths to victory, ease of teaching, and great production values, Villagers has become a firm favourite on gaming tables around the world.”

“Villagers has been reprinted several times, and translated into 11 different languages by our international publishing partners, including Kosmos, Gigamic, and CMON. All of this was made possible by the incredible support of our Kickstarter backers, and we can never thank you enough!”

For a complete list of all available early bird pledges, stretch goals, extra media and specifications for the Shifting Seasons card game expansion, jump over to the official Villagers Shifting Seasons crowd funding campaign page by following the link below.