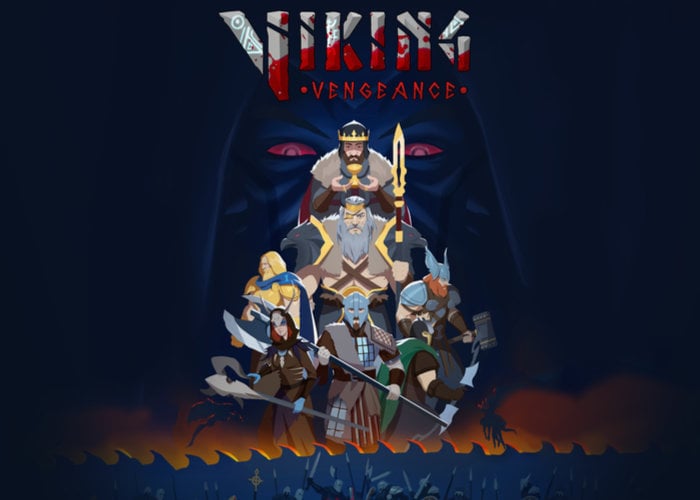 Indie game development studio Lowpolyinterative has taken to Kickstarter to entice backers to help raise the required funds needed to take their unique dungeon crawler game into production. Aptly named Viking Vengeance the video game offers players a narrative driven rogue-lite dungeon crawler in which you use the power of the gods to stop the Templer oppression. Check out the teaser trailer below to learn more about the game and its gameplay style.

A demo is now available to downloadfor Windows, Linux and Mac operating systems and the full game is expected to launch sometime during July 2020. Inspired by norse mythology the game takes place in an alternate history with many twists and new mechanics within a lowpoly cartoonish world.

“It all began as a trembling flame that turned into a full blown conflict between the two faiths.Seeing no other way to stop the unnecessary bloodshed, the Templars acted as ambassadors and signed a peace treaty with the vikings.  Years passed and the Dark Ages began bringing hunger, famine, plague and violence. The common people believed that the peace treaty with the heathens unleashed God’s Wrath.They started protests throughout the kingdoms and soon enough the Templars were arrested and the peace treaty voided. One Templar Knight managed to escape.”

Features of the Viking Vengeance game include :

– 3 unique classes of Vikings to choose from with more coming up.
– Unique level up system with a variety of skills, talents and items.
– Worship a God of your choosing to gain their aid in battle or even become their avatar for a limited period of time.
– Collect blood and use it for rituals at the Idol Statues to boost your devotion to the Gods and enhance your abilities.
– Visit the blacksmith to improve your gear or buy new items.
– 2 different Afterlife paths to choose from when you die, each with its own advantages and disadvantage.
– An unique story mode that will challenge your imagination.
– Execute your enemies to restore your health or gain extra blood that can be used in the revival process.
– Collect unique rune stones to enhance the Idol Statues and receive more God Skills.
– Use the environment and game physics in your favor, to gain the upper hand in combat.
– Pray to your Norse God and help the Vikings push back the Templars.

For more information and a complete list of all available pledges jump over to the official Kickstarter campaign page by following the link below.