Viber the cross-platform instant messaging and voice-over-Internet application that was developed by Viber Media smartphones and recently acquired by Rakuten earlier this year in a $900 million deal.

Has today announced the launched of their new Viber Out Calling features for Windows Phone 8 devices, which has rolled out in an update released today by the company. 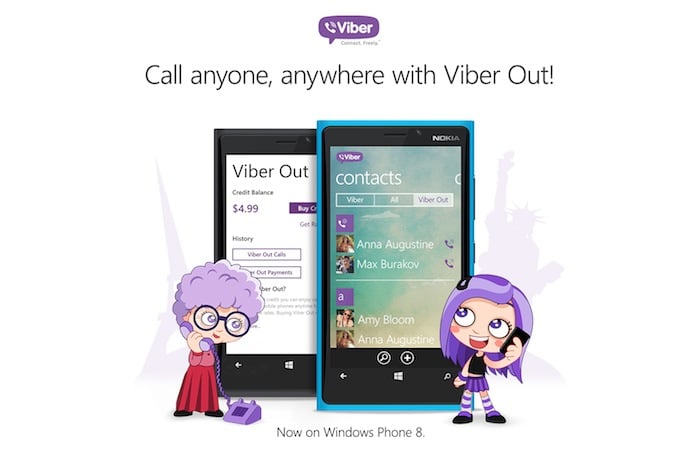 The new Viber Out Calling service enables users to call any number, whether it’s a mobile or a landline, to non-Viber users with prices varied depending on the country you are calling. Viber explains a little more:

“Viber Out is a service that allows Viber users to call any phone number at low rates. Now you can call landlines and mobiles, even if they are not Viber numbers!

Making a Viber Out call requires Viber Out credit. Purchasing credit takes place through the application and payment is made through your app store.”

The new feature rollout follows on from the recent launch of the new Viber desktop application and the Viber Out option on other platforms. For more information on the new Viber Out Calling features jump over to the Viber website for details and more details on the iOS and Android version that have been available for some time.