Viber a Skype alterative for making VoIP calls over Wifi or 3G has today arrived in the Android Market and is now available for Android devices. Viber was originally launched for the iPhone late last year and has been a popular alternative to Skype.

The Android version was expected to be launched in March, but after a slight delay the app is now available for Android users and is now free to download from the Android Market.

When you use Viber, your phone calls and texts to any other Viber user are completely free, and all Viber features are also 100% free and do not require any additional “in application” purchase. 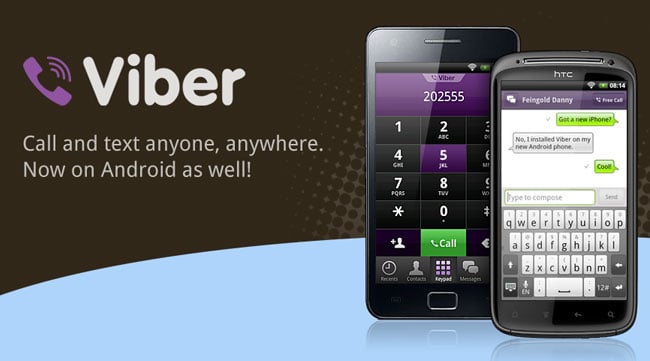 Unlike applications like Skype, Windows Live Messenger or Fring where you need to “add buddies” and have them approve you, Viber behaves just like a phone. Just like you don’t need to “add” someone in order to call them, you don’t need to add your friends in order to call them on Viber. If you know their phone number, then you know their Viber number, and you’re ready to go!

Download Viber for Android, for free from the Android Market now.