VIA has this month unveiled a new addition to its range of mini PCs with the unveiling of the VIA ARTiGo A1250 Quad Core x86 Mini PC, which has been designed to support both Windows and Linux operating systems.

The new VIA ARTiGo A1250 builds on the technology included in the A1200 model launched earlier this year, but is now fitted with a more powerful quad-core processor, rather than the dual core CPU that was included in the VIA A1200. 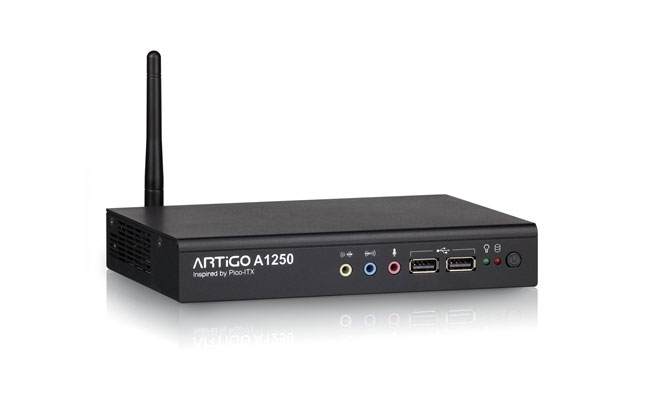 The VIA ARTiGo A1250 Quad Core x86 Mini PC measures just 7 x 4.9 x 1.2 inches in size and is equipped with a Pico-ITX motherboard, sporting features such as HDMI, 2 x USB 3.0, 2 x USB 2.0, microphone/headphone jacks, as well as VGA and Gigabit Ethernet ports.

The VIA ARTiGo A1250 has been created to officially support Windows XP, 7, Embedded 7, and XP Embedded 2009 as well as Linux. Unfortunately no information on pricing or worldwide availability has been released as yet by VIA, but as soon as information comes to light we will keep you updated as always.