Rugged phones are generally not attractive to look at. They tend to be boxy things with little thought put into the style since they are expected to survive harsh conditions. A company called Verykool has unveiled a new rugged phone that is in fact very cool called the R80. 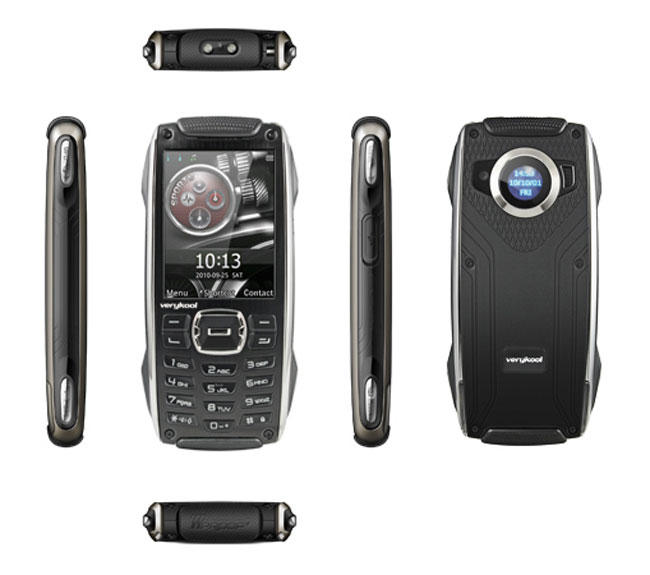 Other features include Bluetooth, USB tethering, and PC sync capability. It has a 2MP camera and promises four hours of talk time and ten days on standby. The internal memory is only 30MB but the phone has a microSD card slot for expansion up to 32GB. The phone is waterproof and shockproof.