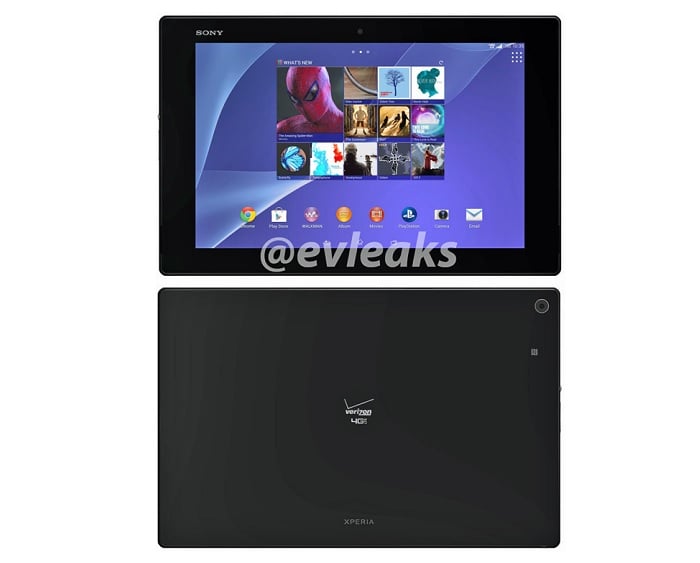 Sony unveiled their Xperia Z2 Tablet at the Mobile World Congress 2014 in February. The tablet is available for sale across the globe.

Rumors have been floating on the internet about the launch of the Sony Xperia Z2 tablet on Verizon for some time. Recently, @evleaks posted an image of what appears to be the Xperia Z2 Tablet destined to reach Verizon in the coming months.

As with all Verizon products, the Xperia Z2 Tablet has the branding of the Big Red on the back cover. We doubt there will be any hardware changes in the tablet, but for those who can’t recall, the tablet comes with a 10.1-inch display sporting a resolution of 1920 x 1200 pixels, with a quad-core Snapdragon 801 chipset on board clocked at 2.3GHz.

The tablet comes with 3GB of RAM, 16GB internal storage with a microSD card slot, and a 6,000 mAh battery. On the back, there’s a 8.1MP camera for photos and videos, as well as a 2.2MP front-facing camera with 1080p video recording capabilities. Sony Xperia Z2 Tablet comes with Android 4.4.2 Kitkat as its operating system.

There’s no word from the Big Red about the launch of the Xperia Z2 Tablet on its network, but we’ll keep an eye on the news, and will update you as soon as it’s announced.