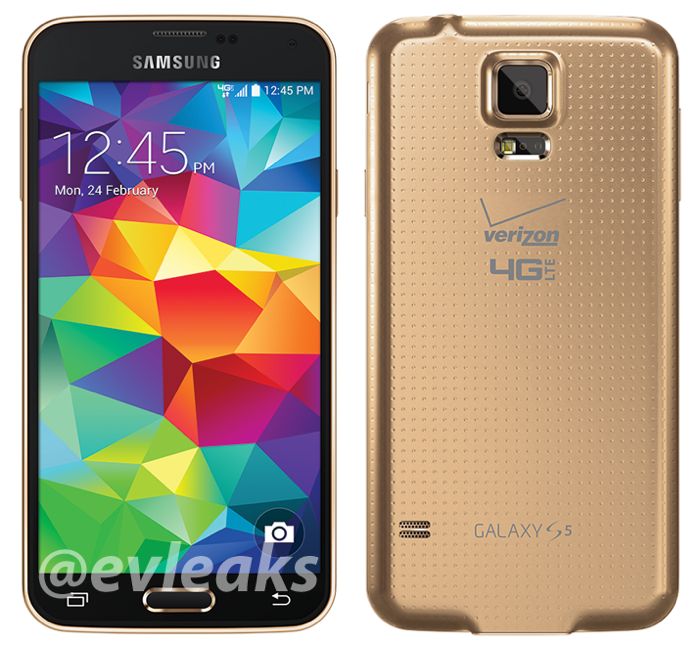 Samsung Galaxy S5 with a gold paint job will launch on major US carriers except Verizon on May 30th. The new color option is will also launch on Verizon, but there’s no word about it from Verizon when it comes to the exact availability date.

As far as the specifications are concerned, there’s no difference except the new color option. The handset rocks a 5.1-inch display with a resolution of 1920 x 1080 pixels. The handset features a 2.5GHz quad-core Snapdragon 801 chipset with Adreno 330 GPU and 2GB of RAM.

On the storage side, it features 16GB storage with an option for expansion via a MicroSD card slot. Other features include a 16MP camera for photos and videos, 2MP front-facing camera, a 2,800 mAh battery and runs Android 4.4.2 KitKat with a simplified TouchWiz UI — not so simple in real usage though. Here’s a leaked image of the device: 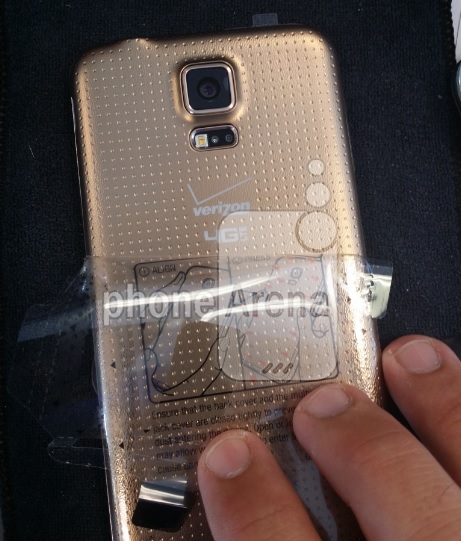 There’s no word from Verizon about the launch, but we’ll update you as soon as we hear anything.