Samsung announced that they would be releasing a ‘Developer Edition‘ of their Samsung Galaxy S III smartphone on US mobile carrier Verizon Wireless, back in July, and it looks like the handset is now available.

The Samsung Galaxy S III Developer Edition on Verizon comes with a user unlockable bootloader, and it now available in the 16GB pebble blue version of the Galaxy S III. 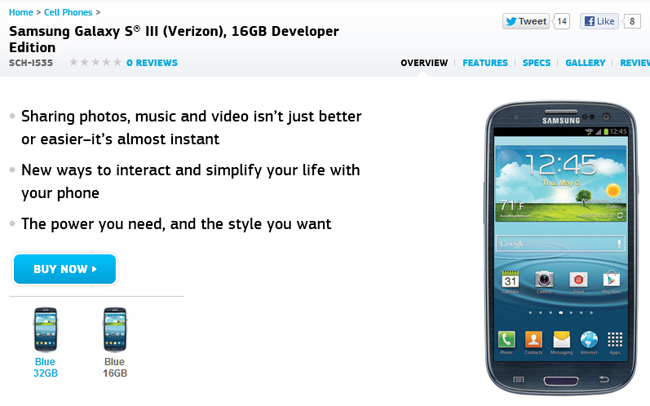 You can find out more information about the Samsung Galaxy S III developer edition over at Samsung’s website, and the handset will set you back around $600.