The Verizon BlackBerry Q10 is now available to pre-order, the handset will set you back $199.99 when you sign up to a new two year agreement with Verizon, the handset is also available for $599.99 without a new contract.

The Verizon website is listing the BlackBerry Q10 as shipping by the 6th of June, the handset comes with the new BlackBerry 10 OS and features a full QWERTY keyboard. 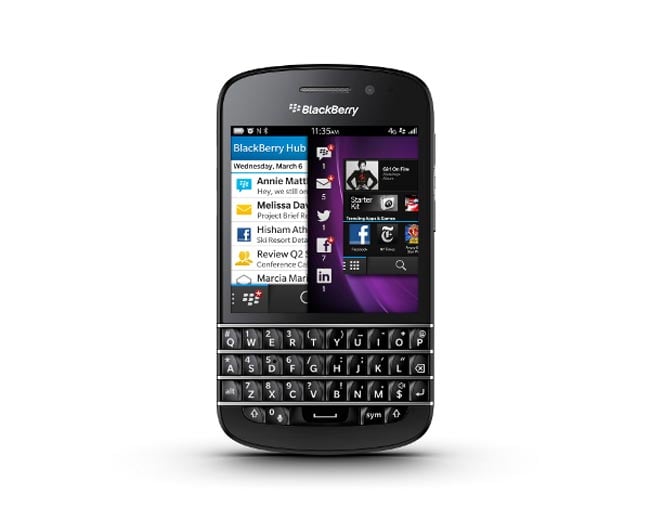 The BlackBerry Q10 comes with a 3.1 inch display with a resolution of 720 x 720 pixels, processing comes in the form of a dual core processor with a clock speed of 1.5GHz, there is also 2GB of RAM and 16GB of build in storage. 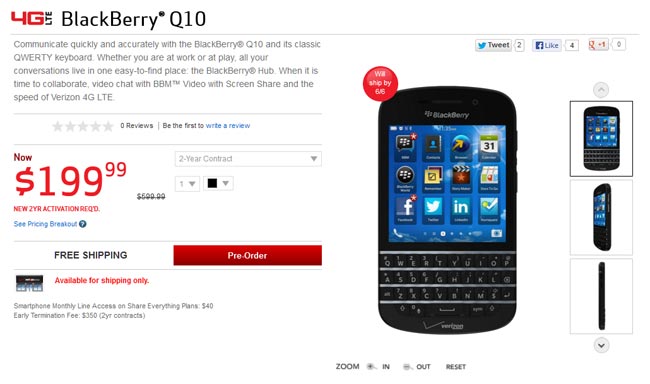 Other specifications on the BlackBerry Q10 include front and rear facing cameras, on the front of the handset we have a 2 megapixel camera for video chat, on the back there is a full HD capable 8 megapixel camera for photos and videos, it also comes with NFC, LTE and HSPA+, the device also comes with a microSD card slot that can take up to 64GB cards.