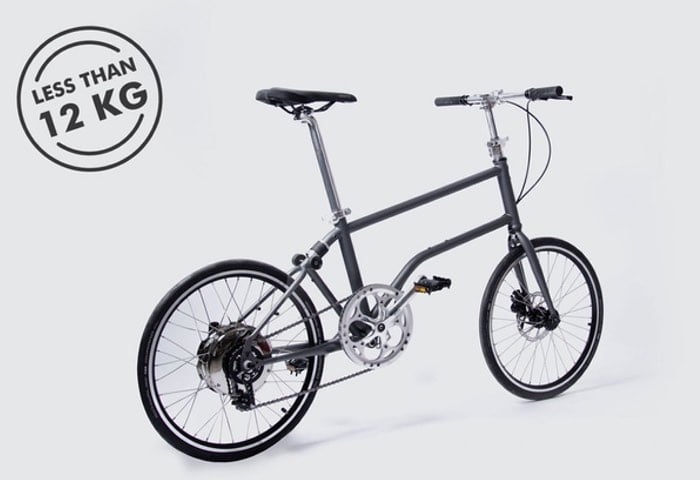 Watch the promotional video below to learn more about this very unique electric bike which has launched by Kickstarter and has already blasted past its required pledge goal of €80,000 thanks to over 81 backers, with still 33 days left remaining on its campaign.

The development team responsible for the Vello Bike+ explain a little more about its design and inspiration, as well as its unique folding mechanism and self charging feature.

We believe that an electric folding bike gives you unlimited freedom in cities. Take it everywhere, make it part of you! The VELLO BIKE are high-performance folding bikes that have been developed for the perfect urban cycling experience. Built for people with a fast-paced lifestyle who don’t want to be slowed down by the restrictions of a conventional bicycle. Thanks to a self-locking magnet-release system it folds quickly and easily, and can be wheeled around or made to fit seamlessly into small spaces.

We have put a lot of thought into developing a folding bike without any compromise to its riding performance: top-quality components combined with new technologies, an exclusive and award-winning design and various specially developed innovations guarantee a comfortable ride in the city. Thanks to its small fold, it can be transported easily onto public transport systems and placed under a desk or in the suitcase for travels.

The breakthrough technology allows the battery to recharge on the energy generated while cycling. So you don’t need to dismantle it at the end of your ride and you will not run out of battery power. E-bike technology has been changing fast, and you’ll still find a lot of blogs dated from only a couple of years ago saying that you can only extend the range through regenerative braking for up to 10 percent and that generally self-charging e-bike technology are myths. We are changing this with the VELLO BIKE+ as it allows up to 100% recharging while riding the bike.

For full specifications, and to make a pledge from €1,599 for earlybird backers, over to the Kickstarter website via the link below.