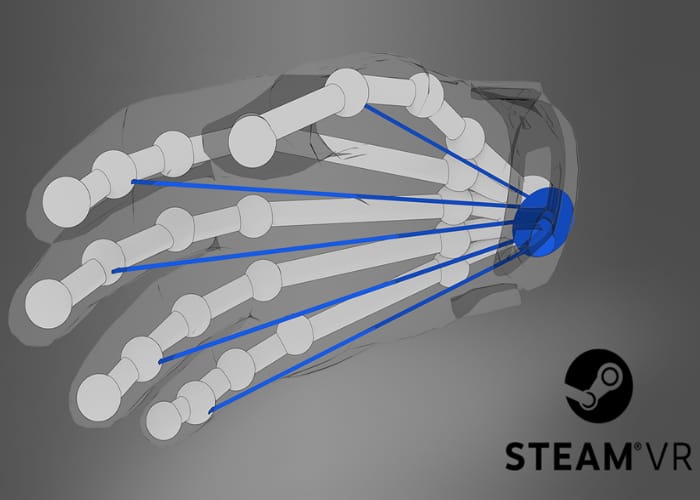 Valve has this week unveiled a new Skeletal Input technology designed to provide more lifelike hand movements and control within virtual reality experiences and SteamVR applications. The new technology has been created to make Valve new “Kunckles” motion controllers accessible to all SteamVR app developers. A full SDK for all developers will be released soon, but for now Unity developers can access the Skeletal Input API with this early release of the SteamVR Unity plugin.

The new Valve Skeletal Input system will enable controller manufacturers to capture the pose of the user’s hand as accurately as their sensors are able, and provide it as a stream of animation data to the running app. App developers can then use this stream of data to animate the users hands within the virtual reality application on its own or in combination with their own animations. Valve explains a little more about what this will mean for developers and virtual reality users.

“What this means for users is that they will be able to get the full benefit of their investment in new VR controllers in their favorite games without the need for the developers to release a patch to support the new controller. App developers will not need to create unique animations for each controller they intend to support when their game is released, or issue patches to support new controllers. And hardware makers can continue to innovate in this space, and write their drivers so that their controller will work with any game that supports the new Skeletal Input system. “

For more information and documentation on the new Valve Skeletal Input technology jump over to the official steam website by following the link below.