Steam gamers patiently waiting for the arrival of the new Steam Game Guides, first announced back in December, will be pleased to learn that Valve has officailly launched the new features on to Steam.

Steam Game Guides enables players to compile their own guides to games for others to then read and rate accordingly, and where introduced last month to Steam Community Beta users only. From today however they have now rolled out to all. 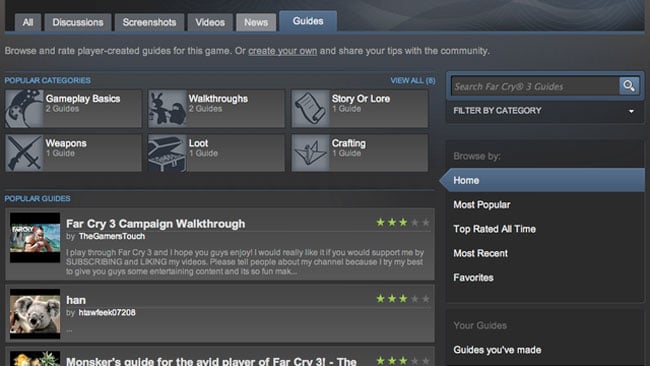 Valve explains in their press release:  “Steam Guides lets players create and share guides, walkthroughs, and tips for their favorite games or software to help others who might be stuck or who simply want to learn more about the game. Players may easily create guides through Steam, where they may upload images, add screenshots, and embed YouTube videos. Guides are then quickly accessible through Steam, via the Steam Community and in-game via the Steam Overlay.”

Check out this Team Fortress 2 Guide as an example.