Innovative Valve engineer Ben Krasnow has created a couple of new game controller prototypes that allows players to use their bottom and tongue to control movements within the game environment.

Krasnow has modified and optical mouse to create his tongue controller which he has housed in a brace-retainer, how ever at the moment the device is just a prototype and cant as yet be used to replace mouse. Watch the video after the jump to learn more about the new controller projects and see them in action. 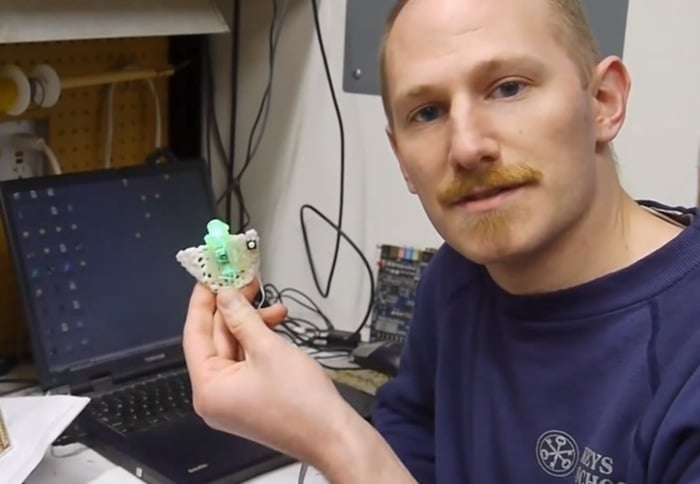 Ben Krasnow explains a little more about his inventions : “I quickly built a game controller to test the idea of generated game inputs from the player’s posture (shift in center-of-gravity). This controller is built from a digital bathroom scale and an XBox 360 controller. I used an opamp to convert the bathroom scale’s sensor input to a thumbstick input. I also added a mouse to capture yaw.”

“I wanted to test the idea of using the tongue to control a computer. The most obvious way would be to map x/y coordinates in a Windows-style UI with tongue movements constrained to a plane. This doesn’t work terribly well, as even though the tongue has fine motor control, it’s very difficult to smoothy achieve the 2D movements needed to operate a system that has been developed around a classic mouse. I think there is possible applications for swipe interfaces, carousel menus, yes/no input, etc.”