At the  Game Developers Conference (GDC 2013) this year, which runs from March 25th-29th Valve will be discussing how they are porting the classic Team Fortress 2 game to Virtual Reality goggles.

The two Valve talks are part of the Programming and Design tracks of the GDC main conference that is being held  at the Moscone Center in San Francisco, CA. 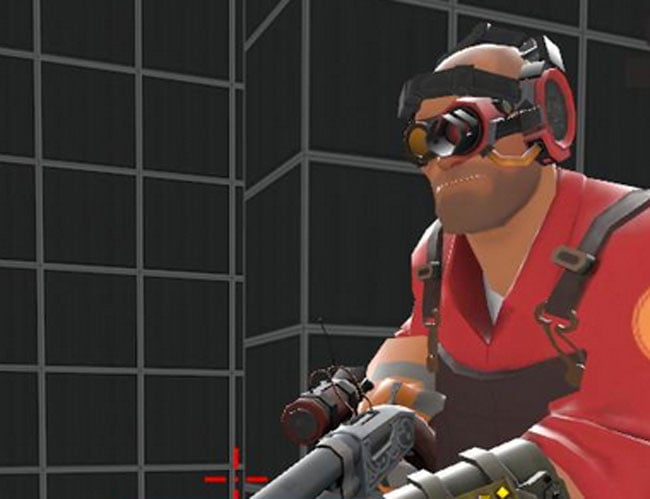 Valve programmer Joe Ludwig’s will be presenting ‘What We Learned Porting Team Fortress 2 to Virtual Reality’, and Michael Abrash’s second talk, called “Why Virtual Reality is Hard (And Where it Might be Going).” will explore the efforts of several employees over the last year to get the game to run in virtual reality goggles.

“Several people at Valve spent the past year exploring various forms of wearable computing. The wearable effort included porting Team Fortress 2 to run in virtual reality goggles. This session will describe lessons learned from Valve’s porting experience. Topics covered include an overview of what stereo support entails, rendering 2D user interface in a 90 degree field of view display, dealing with view models and other rendering shortcuts, and how mouselook can interact with head tracking in a first person shooter. In addition to the lessons that apply to Team Fortress 2, there are also several lessons that would apply to any new virtual reality game. A game designed for VR could avoid many of the issues that came up with Team Fortress 2.”

“Attendees will learn what Valve learned from their effort to port Team Fortress 2 to virtual reality. A few tips will be included on adding stereo support to your engine, how to deal with user interface, and how to integrate head tracking with your input system. The talk will focus on concrete examples encountered during development of the virtual reality version of TF2.”

For more information on the new GDC 2013 confernece presentations jump over to the GDC 2013 website for details.