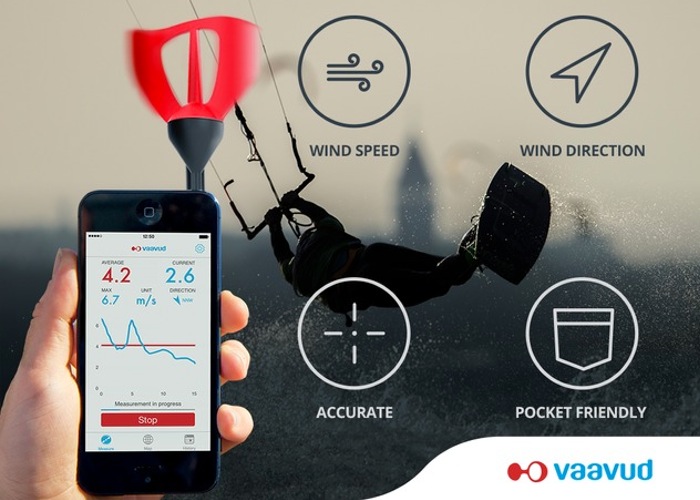 Some of our readers might remember the Vaavud smartphone wind meter that launched over on the Kickstarter website back in April 2013. Now Vaavud is back with a new version that is cable of recording both wind speed and wind direction.

The Vaavud smartphone wind meter is equipped with a optical sensor that measures data 40.000 times per second, enabling it to detect the slight change in wind. Vaavud explains :

“Now we are back to launch the world’s first handheld wind meter that actually measures wind direction, as well as of course wind speed.

By making the rotor of the wind meter slightly asymmetrical we get it to accelerate a bit when the largest part is hit by the wind. We can then compare the point with the highest speed to the compass direction and derive the wind direction. At the same time, data from the highly accurate sensor can be used to derive the average rotation speed and thereby the wind speed.”

So if you think the Vaavud wind meter is something you could benefit from using for your sports or outdoor adventures, visit the Kickstarter website now to make a pledge and help Vaavud wind meter become a reality.