A new laser weapon system developed by the US Navy has been put through its paces at San Nicholas Island, California, shooting down two unmanned aerial vehicles. During tests of their new Directed Energy and Electric Weapon Systems (DE&EWS). 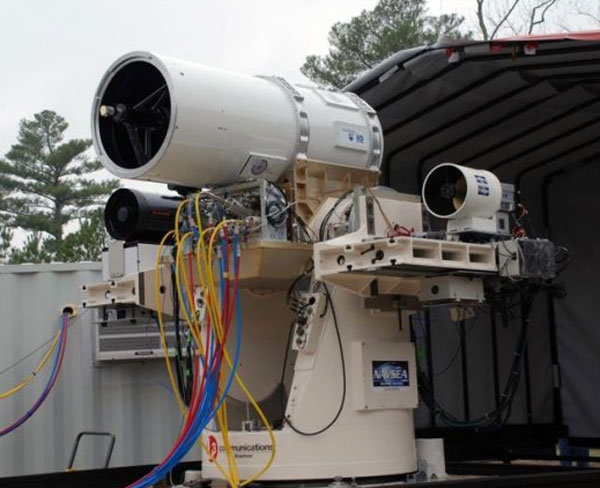 Members of the Naval Sea Systems Command (NAVSEA) used a laser shot through a beam director on a KINETO tracking mount, controlled by a MK 15 Phalanx Close In Weapon System (CIWS). The Navy’s Laser Weapon System (LaWS) has already shot down UAVs in other scenarios, bringing the total number of downed flying robots to seven.

Air to air combat tests have also been carried out by equipping a Boeing 747 with an airborne laser which was then capable of shooting down the ballistic missile off the coast of California earlier this year.

US Navy is interested in laser weapons due to the speed of light engaged in time and cost savings when compared against using traditional missiles.