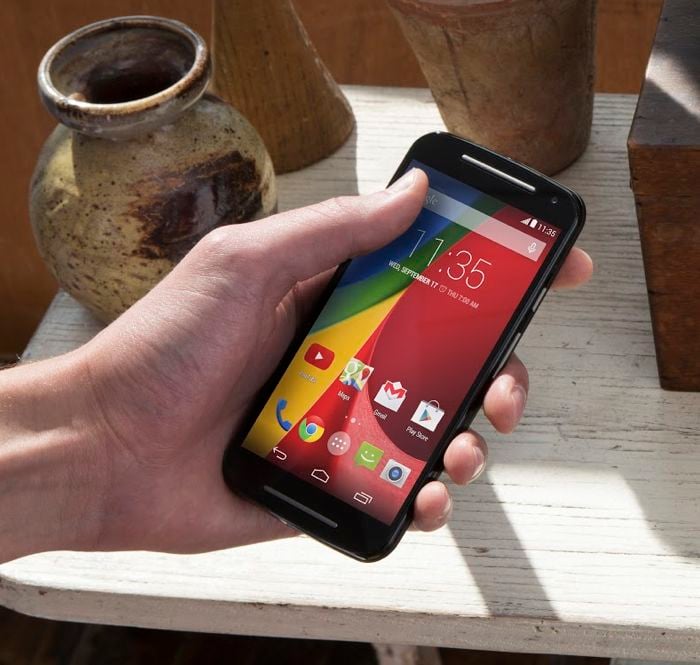 Many OEMs have confirmed they are going to roll out the Lollipop update for their flagship handsets. LG mentioned the LG G3 will get the update in the coming weeks, and Motorola even continued with the soak test for the Moto X (2nd gen).

The company has also posted a detailed change log for the update, which can be viewed at the source link below. Android 5.0 is one of the major Android updates to-date, and the $179 handset brings all the goodness of it.

The latest Android 5.0 Lollipop update brings the new Material Design UI, a change you’ll notice the moment you will turn on your device with Android 5.0 Lollipop, featuring fluid animations and system themes, colors and widgets. The update also comes with improved notifications, and will appear on the lock screen. Double tapping on them will open the notification, while swiping left or right will clear it, or clear all notifications from the bottom of the list.

It’s not yet rolling out for other Motorola devices, but it shouldn’t be long before they can enjoy the sweet taste of Android 5.0 Lollipop. Motorola has confirmed that first generation Moto G, as well as the Moto X and Moto E will also get the update. We’ll update you as soon as it starts rolling out for them.