When it comes to keeping US soldiers in battle safe the US spends lots of money on research. The amount of research into new weapons and defense systems around the country is staggering and the University of Michigan has announced a breakthrough today. The researchers have announced the development of a new laser missile defense system that could be mounted in helicopters.

Typical laser systems are too fragile to survive the vibration and stress form helicopter flight. The new laser system developed by the team is made from fewer parts and those parts are off the shelf making the system robust. The laser system uses a supercontinuum laser that emits a broad range of light wavelengths that are able to mimic the heat signature of a helicopter engine when the bean hits the missile. 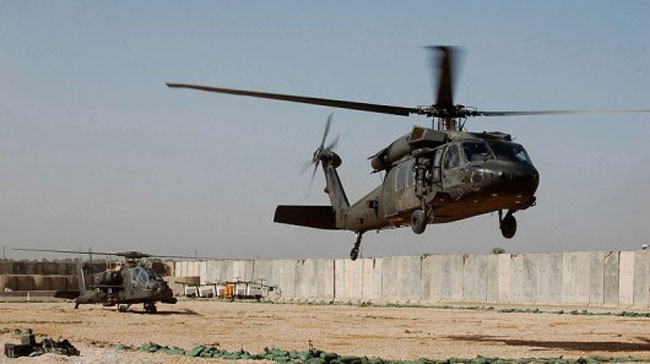 That fake heat signature is enough to confuse the missile and make it unable to find its target. The system is said to be effective at up to 1.8 miles away. “The laser-based infrared countermeasures in use now for some aircraft have 84 pieces of moving optics. They couldn’t withstand the shake, rattle and roll of helicopters,” said Mohammed Islam, a professor in the Department of Electrical Engineering and Computer Science. “We’ve used good, old-fashioned stuff from your telephone network to build a laser that has no moving parts.”