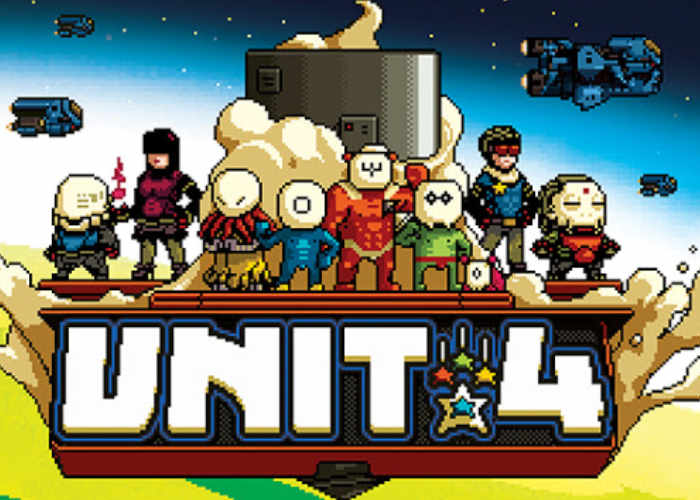 Anyone who enjoys a little retro gaming may enjoy a new Xbox One-game that will be launching soon entitled UNIT 4. Check out the Xbox One gameplay trailer below as well as the released announcement trailer which was made available back in August of this year

UNIT 4 takes the form of a fast-paced platforming action cooperative game for up to 4 players that join forces to create an elite squad of agents, that use their amazing skills and weapons to explore space on unique missions and engage in incredible fights with huge boss mobs.

The Gamer Games website explains a little more and provides a great in depth introduction to the game via the link below.

Unit 4 is about four different characters, each one with its own unique skill: Agility, Strenght, Engineering and Mysticism. Unit 4 features an intense and highly dynamic gameplay based on a classic platformer experience. Each of the four characters can move and jump, with an unique ability that enables different movement dynamics. Levels are filled with crazy jumps, dangerous and ruthless enemies, deadly traps and both movement-based and logic-based puzzles.

The game can be played both in single and cooperative multiplayer up to 4 players. In Single Player Mode the player can swap instantly his character combining each ability in a single jump for instance, thus creating an highly dynamic and challenging movement system. Cooperation is the key in Cooperative Mode since each character cannot access to the same areas or do all the actions. The players will need to help each other by figuring out how to combine their abilities first and by correctly performing more and more complex maneuvers. Also, the game does not feature any health system, all damages from enemies or traps will cause death.