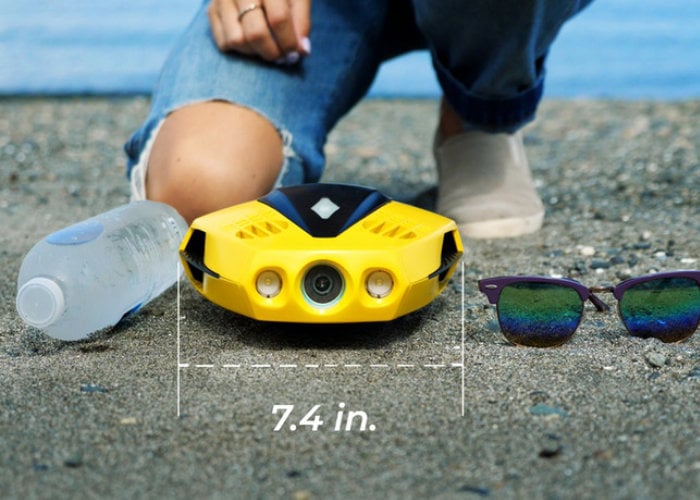 Chasing a leading underwater drone design and manufacturing company based in China has taken to Kickstarter this month to raise funds to take its latest underwater drone into production. The small easy-to-use drone for underwater exploration and investigation is available to back with pledges starting from $349 or roughly £279. Worldwide shipping is available and expected to take place next month if the Kickstarter campaign is successful.

The 100 degree FOV underwater drone camera allows you to explore the world beneath the waves and the rugged design is equipped with a five thruster propulsion system, lighting sensor and can be controlled using the companion smartphone application allowing you to use the underwater drone for fishing exploration, recording footage which can be quickly shared on a variety of social media networks including Facebook, Instagram and more. Live streaming is also available allowing the underwater camera drone to capture fish and underwater wildlife. 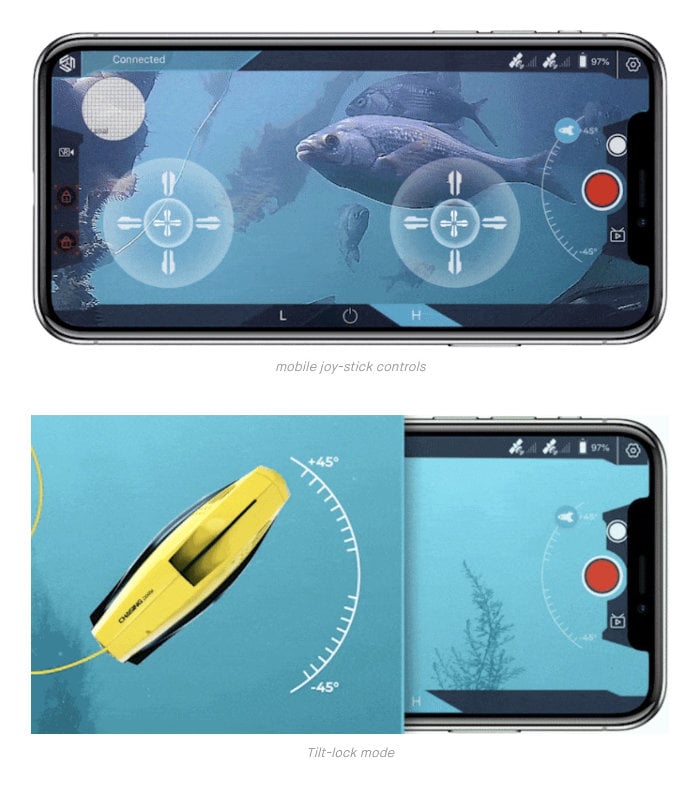 “Imagine holding the ocean in the palm of your hand. Precisely the idea behind CHASING DORY, the smallest, smartest and most affordable next generation underwater drone. DORY swims with the big fish in terms of premium features, yet its intuitive set-up and highly sharable nature make it a favorite among avid adventurers and fun-seeking travelers alike. DORY follows the success of CHASING’s Indiegogo campaign for GLADIUS in 2017, which ended with 1629% funding and 100% delivered to backers. After setting the standard with affordability and functionality in underwater drones with GLADIUS, and winning the Red Dot Product Design award with GLADIUS MINI, CHASING is once again setting new benchmarks for quality with DORY. Designed to bring the aquatic world to the masses, DORY invites you to explore places unknown and waters unseen with surprising ease. What’s underwater awaits.  “