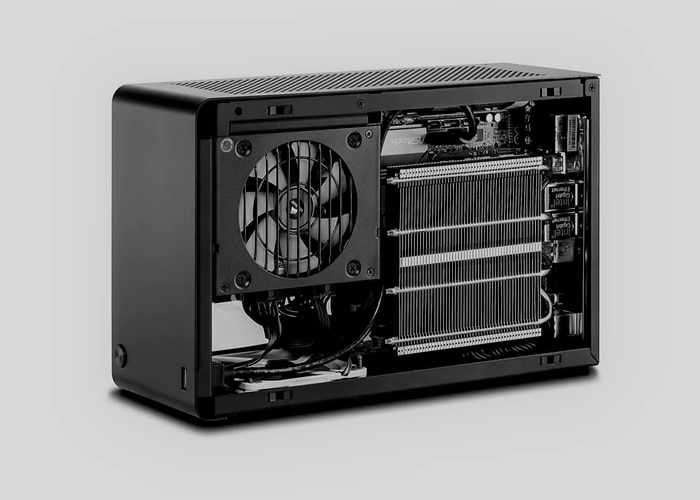 With still 28 days remaining on their campaign DAN Cases UG have already raised over €400,000 to help their new ultracompact SFF case go into production. The DAN Cases A4-SFX v2 follows on from the previous Kickstarter campaign for the first-generation case.

Learn more about the external graphics card casing in the promotional video below which explains more about its features, cooling system and construction.

The A4-SFX is a project with the goal of creating the smallest PC case possible while still using high-end standardized components, such as Core i7 or Ryzen processors, and powerful full-length GPUs, such as the GeForce GTX 1080 Ti.

The result is a unique product that is much smaller than all other competing cases. This case is perfect for SFF (Small Form Factor) enthusiasts, those who need a highly portable system, developers who require a case with a smaller footprint due to limited desk space, and gamers who want a high-end PC experience in their living room.

With the ambition to make our products as perfect as possible, we analyzed every review that was made with the A4-SFX and all feedback received from the first campaign. We improved six features for the next A4-SFX evolution: 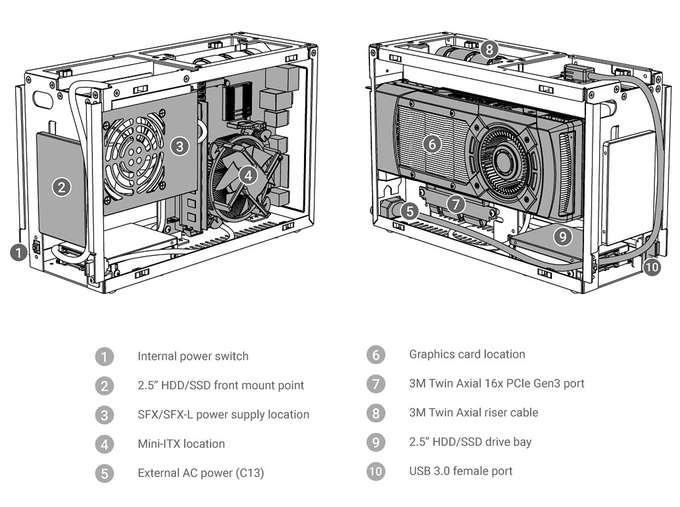 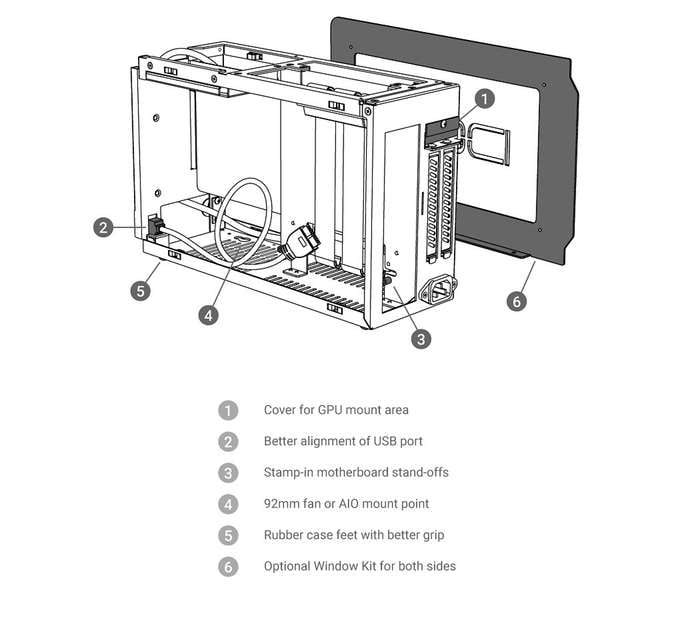 For more information on the new SFF Case jump over to the Kickstarter website for details by following the link below.