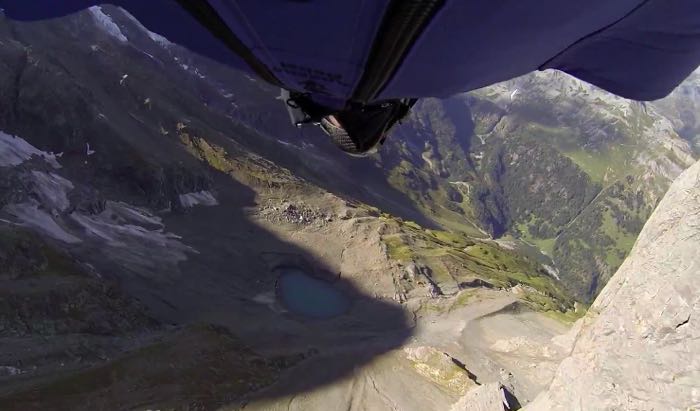 GoPro have released a new video showing Uli Emanuele completing what can only be described as the worlds craziest base jump.

The video below shows Uli Emanuel jumping off the side of a mountain, and then flying through a 2 meter cave with his wingsuit.

Uli had the following to say about his amazing flight which could be the smallest hole that anyone has flown through so far.

I found this hole three years ago. At that moment it was impossible to fly through. After three years of hard training I was ready for it. I opened two different exits. I flew through the hole four times. That is the smallest hole ever flown through by anyone.