According to a Dr. James Law, iCub should carry the Olympic torch in 2012. Not all the way of course, but participate in the process. All the good doctor really did was submit the iCub’s candidacy. There’s no way of telling if a robot can participate in such a high-profile event. 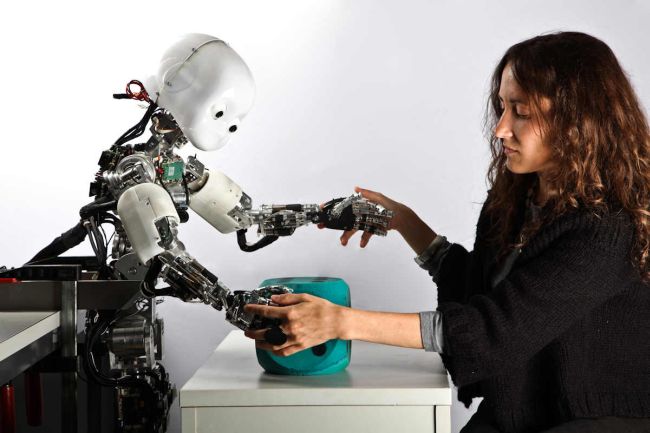 Oh yes, iCub? It’s a metallic toddler designed to learn from its environment the way a baby does. To be honest, it scares us. it’s those eyes. That face. Into my soul, it does stare. *shivers*

Dr. Law is a computer science professor over at Aberystwyrth and he thinks making a robot participate in the torch ceremony honors a certain Alan Turing. In doing so, it should serve to inspire generations of scientists and engineers to come. Wait, Alan Turing? Sound familiar?

He’s the WW2 codebreaker and computer science whiz who created the algorithms from which programming language is based. He’s been featured before here in Geeky Gadgets.

If the robot does indeed get to stride during the Olympic relay, it should speed up its learning to make sure it knows how to hold a torch properly. And rack up a crowd’s applause, as well.