The UK Government has been pushing the idea of National ID cards in the UK for some time now, the majority of the UK resident’s myself included really don’t fancy the idea of having to carry an ID card around which contains all our private details and information.

Well it looks like we may have something to worry about, as an expert hacker Adam Laurie has managed to hack one of the UK National id cards, that are currently being used by foreign nationals who are working in the UK. 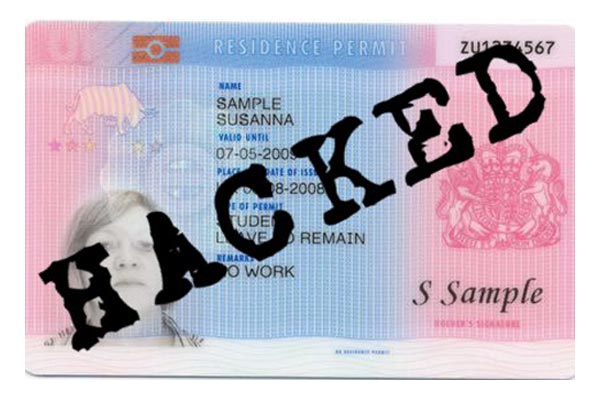 The card features a built in microchip which according to the Government makes the ID cards ‘unforgeable’, the problem is that Adam Laurie was able to hack the chip in under twelve minutes.

Using just a laptop and a mobile phone Laurie was able to create a cloned card, and then change the information on the cloned card, and has added a message to the card which could be read by police officers when they scan the card, the message read ‘I am a terrorist – shoot on site’.

This really does raise a lot of questions about the Governments plans for us all to carry National ID cards, I wasn’t to happy about the prospect of carrying one before, and there is no way I would carry one now, as they are far to open to error and manipulation.