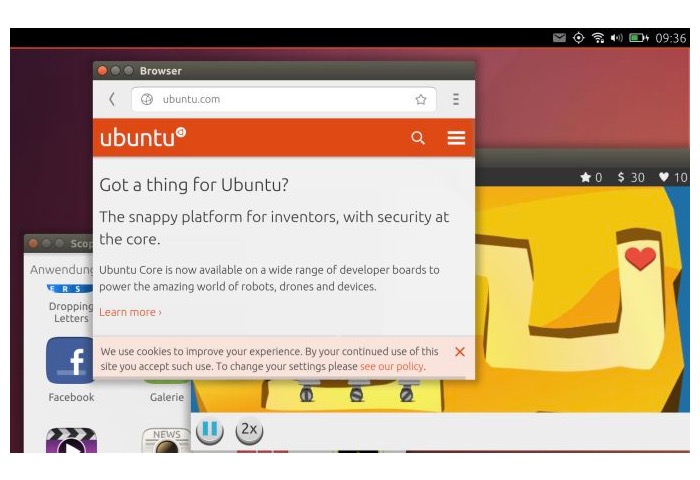 A new Ubuntu smartphone OS feature has been created by developer Michael Zanetti, who has created a way to run Ubuntu Touch apps in windows rather than full screen, allowing them to be dragged , shrunk, maximised, or minimised, just like they were desktop applications but on your smartphone.

Within the Ubuntu smartphone OS applications run in full screen mode similar to that on other platforms such as iOS and Android. However the new features created by Michael Zanetti provides ability to load apps into windows and move them about. For more information jump over to his blog post for more details via the link below.

The new under development Ubuntu smartphone operating system is currently supported for Google Nexus 4, the Nexus 7 2013 WiFi, and the Nexus 10 smartphones but can also be an officially loaded onto a range of other devices depending on your needs.

Retail smartphones running the new Ubuntu touch friendly operating system are expected to go on sale later this year although no specific release date or pricing has been announced as yet. But as always as soon as any more information becomes available regards prices and worldwide availability for Ubuntu smartphones we will keep you updated as always.