The guys over at 9 To 5 Mac have spotted something interesting in the Apple TV firmware, who new iPhones and an unidentified iOS device.

Apple currently refers to the iPhone 4 internally as iPhone 3,1 and the two new iPhones listed in the firmware are called iPhone 3,2 an d 3,3, so could one of these be the much rumored Verizon iPhone? 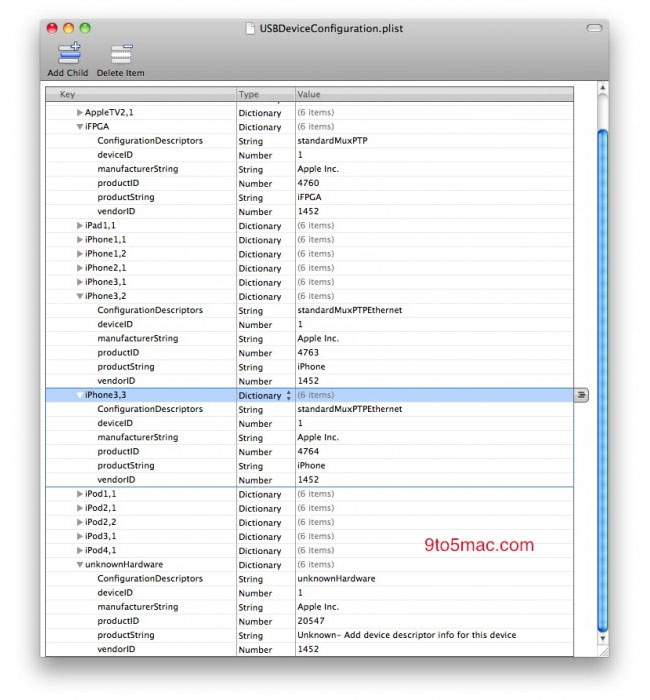 It is unclear what the other listing to the new iOS device is, could it possibly be the rumored new iPad that we have been hearing about for some time.