If you are a huge fan of Twitter and don’t actually own a mobile phone, then you may want to check out TwitterPeak, which is the first device dedicated solely to Twitter.

The TwitterPeek lets you use Twitter like you would on your smartphone, it will work anywhere in the US and connects to a nationwide cellular network, it features a full QWERTY keyboard, a color screen and a click scroll wheel. 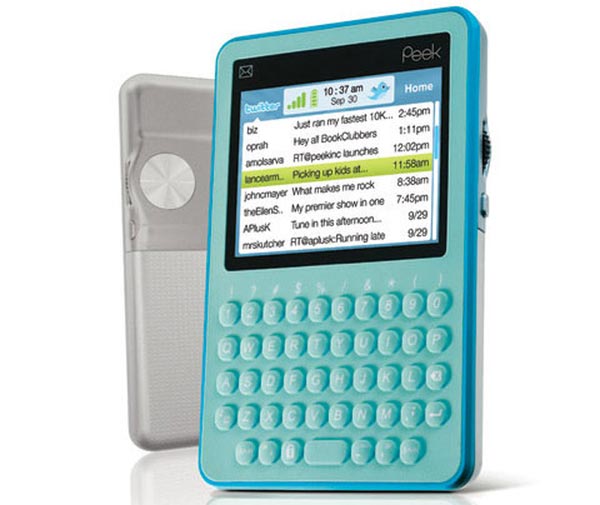 TwitterPeek delivers the world of Twitter in a sleek, palm-sized gadget sure to top this year’s holiday gift list. “Twitter die-hards will appreciate its ‘always-on’ instant tweet delivery and newbies will finally ‘get Twitter’ once they have TwitterPeek in hand,” continued Sarva. “Even businesses that Twitter will dig TwitterPeek as a convenient way to stay connected with their customers.”