Twitter acquired TweetDeck back in 2011, and now they have announced that they will be closing the Android and iOS versions of TweetDeck, the app will be removed from both the Google Play store and Apple’s iTunes store in May of this year.

Twitter also announced that existing apps will stop functioning in May and that they will also be removing the support for Facebook integration as well, you can see a statement from TweetDeck below. 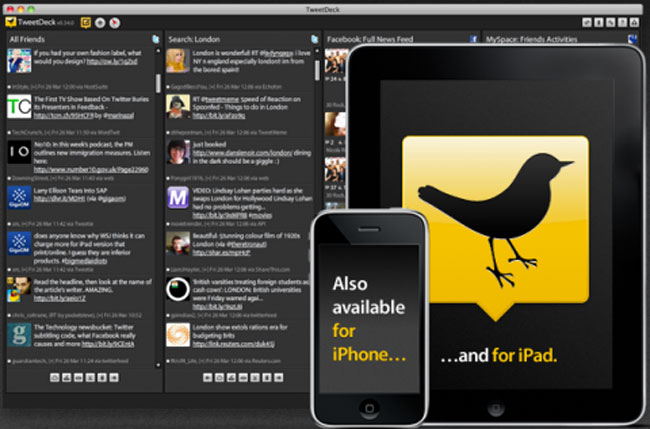 TweetDeck is the most powerful Twitter tool for tracking real-time conversations. Its flexibility and customizable layout let you keep up with what’s happening on Twitter, across multiple topics and accounts, in real time.

To continue to offer a great product that addresses your unique needs, we’re going to focus our development efforts on our modern, web-based versions of TweetDeck. To that end, we are discontinuing support for our older apps: TweetDeck AIR, TweetDeck for Android and TweetDeck for iPhone. They will be removed from their respective app stores in early May and will stop functioning shortly thereafter. We’ll also discontinue support for our Facebook integration.

You can find out more information over at TweetDeck.