Yesterday we showed you the new Twitter iPad app, now it seems that there will be something new coming to the Twitter iPhone  app in the near future.

Twitter will be adding push notifications to their iPhone app, and they are currently testing out this new feature, and expect to roll it out to the iPhone app shortly. 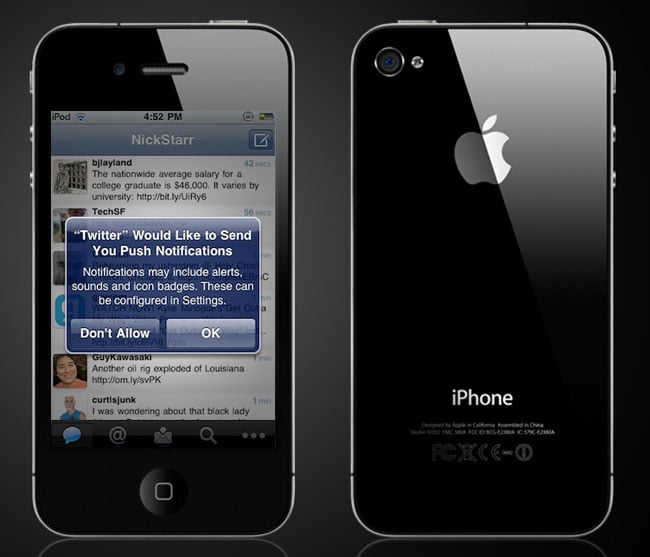 We’ve been testing push notifications internally. When we launched Twitter for iPad, there was a configuration error that caused us to offer push messages to a small set of users. We’ve stopped sending push messages, but users may see an option to turn on push until we release an updated version of the app. So, push isn’t ready yet but we look forward to rolling this out soon.

There are no details as yet on what messages will be pushed to the iPhone app, lets hope it isn’t all notifications, as users who are following a large number of people good end up getting lots of push notifications.