Twitter has released a new version of their Twitter mobile application for Apple’s iOS platform and Google’s Android platform, and the new version brings a range of new features to both platforms.

Both applications come with some new feature, Android gets support for a new range of devices which include the Kindle Fire tablet and the Barnes & Noble Nook Color and Nook Tablet, as well as some enhancements to existing features. 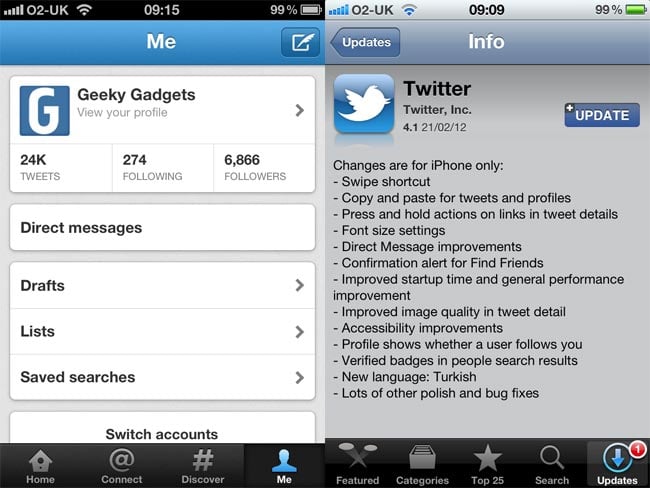 Twitter for iPhone now comes with copy and paste, a feature which had been removed in the past, they have also updated the design for direct messages, and the ability to change you font size, plus some other new features.

You can find out more information on all the new features in Twitter for Android and Apple’s iOS over at the Twitter Blog.