Artist Yiying Lu from Sydney, Australia, is famous for creating the Twitter Fail Whale, and now she has created a set of Twitter Founder Nesting Dolls, which are designed to tell the story of Twitters founding and evolution.

The Nesting Twitter dolls as being sold on Kickstarter, and they need to raise $30,000 to put them into production, a set of these fun Matroyshka Dolls starts at around $70 for the early bird versions. 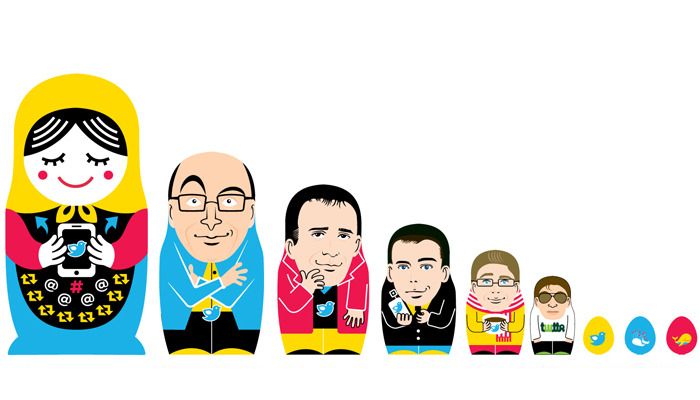 Nesting Twitter is a collectible set of hand-crafted, wooden Matroyshka Dolls that encapsulates Twitter’s founding and evolution through its founders and CEOs, each one nested inside the others. Designed by Yiying Lu, the artist behind Twitter’s celebrated Fail Whale, the set includes an outermost doll that represents the Twitter community, in a modernist re-interpretation of the classic Russian nesting doll.

This set is a celebration of how Twitter has impacted the world through the collective involvement of its users, and the blood, sweat and tears of the team behind it. Nesting Twitter is ultimately a tribute to teams of creators everywhere who do the hard work of bringing world-changing ideas into existence.

You can find out more details about the Nesting Twitter dolls over at Kickstarter at the link below.