TwelveSouth the creators of awesome Mac accessories has this week announced a new addition to their range in the form of the HiRise which has been designed for use with the iPad mini, iPhone 5/5S/5C, or iPod touch 5th-generation.

The TwelveSouth HiRise is a stand that adds a little height to your tablet as the name suggests, and positions your iPhone upright so that the speakers, headphone jack, and other ports and buttons aren’t covered by the stand. 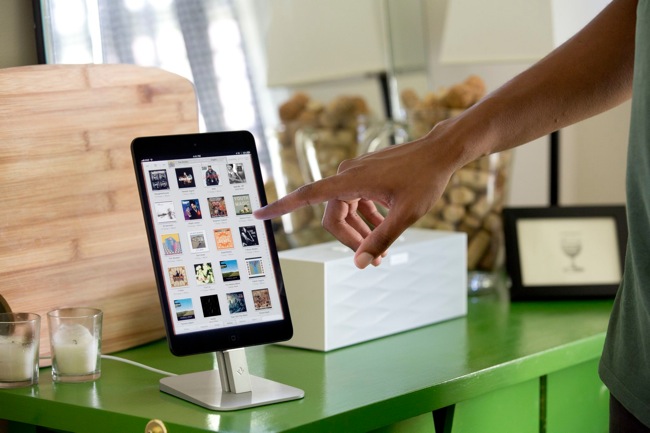 “Voice calls, Skype and even music sound crystal clear because, unlike other docks, HiRise does not block or interfere with the downward-firing speakers at all.

While working at your desk, HiRise keeps favorite apps front-and-center, displaying news, weather and sports alerts as they happen. HiRise fits in great in the office and anywhere else you park your iPhone, like a bedside table or kitchen counter.”