Today Tumblr the microblogging platform and social networking website founded by David Karp and owned by Yahoo! has announced that they are increasing the security for users by enabling Tumblr two-factor authentication.

Two-factor authentication has already been adopted by many of the larger service providers on the Internet including Google, Dropbox and Microsoft to name a few, for a range of services that they provide. 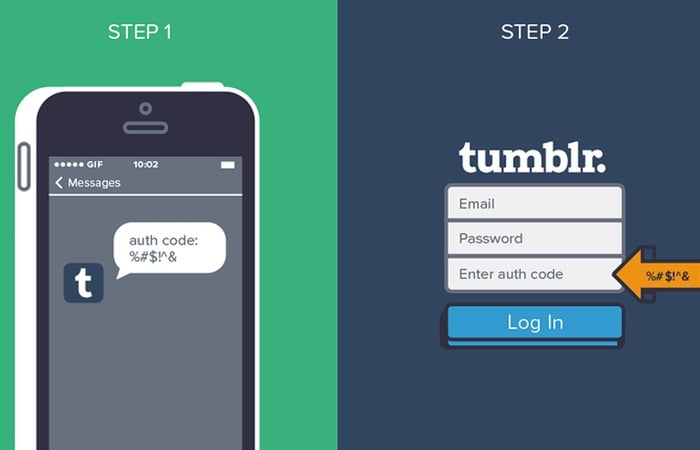 The new Tumblr two-factor authentication is now available as an option for users via the settings page from today, and allows Tumblr users to add an extra layer of security to their account, to stop any malicious third-parties gaining access to the control panel and user details. Tumblr explains :

“You know how you need two keys to launch a nuclear missile? Two-factor authentication works like that. One key is your password, the other key is your cellular phone, and you need both to access your Tumblr Dashboard. Keep your Dashboard safe and secure, like you do with your nuclear missile.”

For more information on the new Tumblr two-factor authentication jump over to the official Tumblr website for details.