A new 3D technology is currently under development that requires no screens to displays its images and can simply display them directly in air. The new technology has been developed developed by Burton from initial work carried out by AIST and Keio University back in 2006 and is now able to created coloured images using red, green and blue lasers. Watch the video after the jump to see it in action. 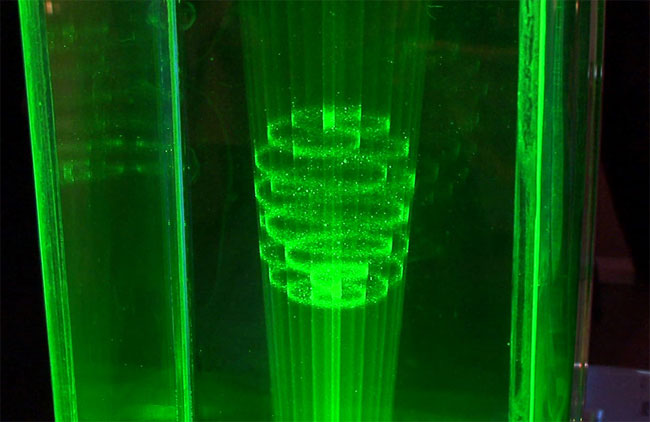 In this demonstration, to make the system more compact, a green laser is shone into water from below, the developers of new True 3D technology, Burton explain:

“Most current 3D devices project pictures onto a 2D screen, and make the pictures appear 3D through an optical illusion. But this device actually shows images in mid-air, so a feature of this system is that it enables 3D objects to be viewed naturally.”